Carnage Vol. 3: What Dwells Beneath

Carnage's search for more power leads him to an enigmatic and secluded island. But who are the island's mysterious inhabitants - and what terrifying secrets do they hold? The members of the Anti-Carnage Task Force who've made it this far prepare to follow Carnage into this death trap - but drastic measures will be called for if they're to survive any longer. Can they bring themselves to work together with their most hated enemy? Or will this be a one-way trip to Carnage Island? For months, Cletus Kasady believed the Darkhold held a great prophecy for him, but now he'll learn the full, terrifying truth! The symbiotic serial killer is about to come face-to-face with true darkness! As a godly power rises, will anyone make it out alive? 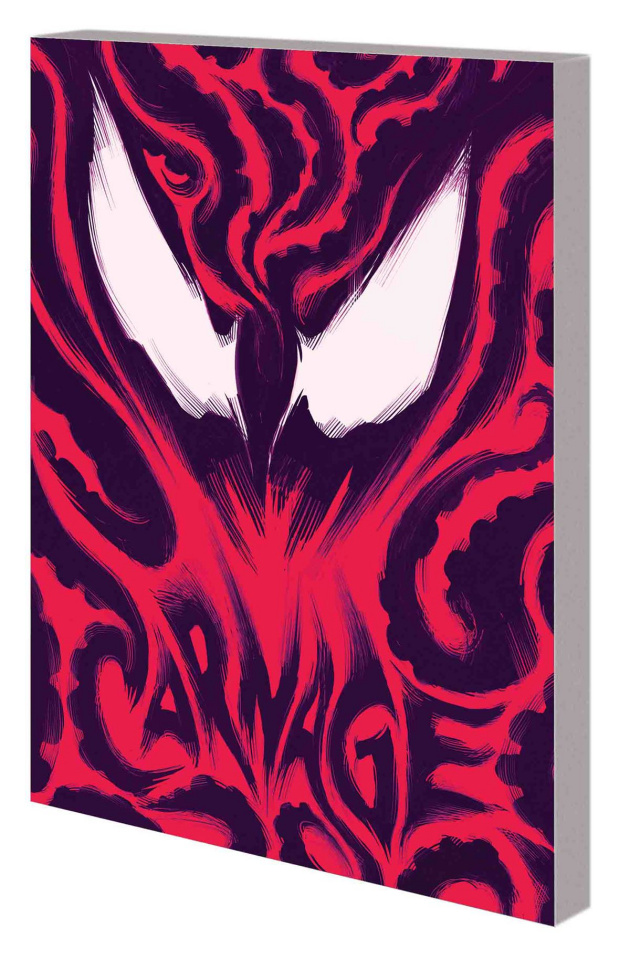