Captain America, due to the manipulations of the Red Skull, is secretly a true believer in the cause of Hydra and has turned his back on the Super Hero community. Before the can't-miss first issue of Secret Empire, experience for the first time or relive the moments that led to this shocking turn of events! Steve Rogers sacrifices all to defeat the Iron Nail! Falcon takes over as the high-flying Sentinel of Liberty! A Standoff in the shadowy town of Pleasant Hill rejuvenates Steve Rogers...but at what cost? And finally, relive the twist ending that sent shockwaves reverberating across the world. Captain America is secretly... a Hydra operative?! SECRET EMPIRE PRELUDE TPB collects Captain America (2012) #21 & #25; material from Captain America: Sam Wilson #7 & #8; Avengers Standoff: Assault on Pleasant Hill Alpha, Avengers Standoff: Assault on Pleasant Hill Omega; Captain America: Steve Rogers #1 & #2. 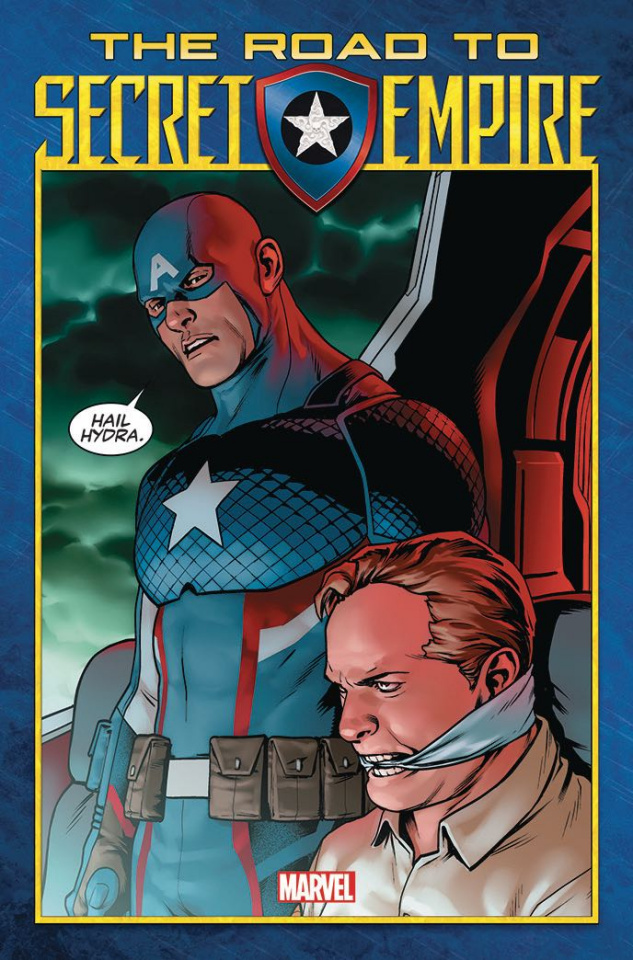