Prequel to the upcoming TMNT: Dimension X 5-week event this August! Krang was defeated by the Teenage Mutant Ninja Turtles and now awaits trial in Dimension X. Little do the Turtles know that Krang hired an assassin to destroy everyone who might testify against him, including themselves! This issue introduces a deadly and weird new villain, and begins the biggest Teenage Mutant Ninja Turtles adventure in space ever! 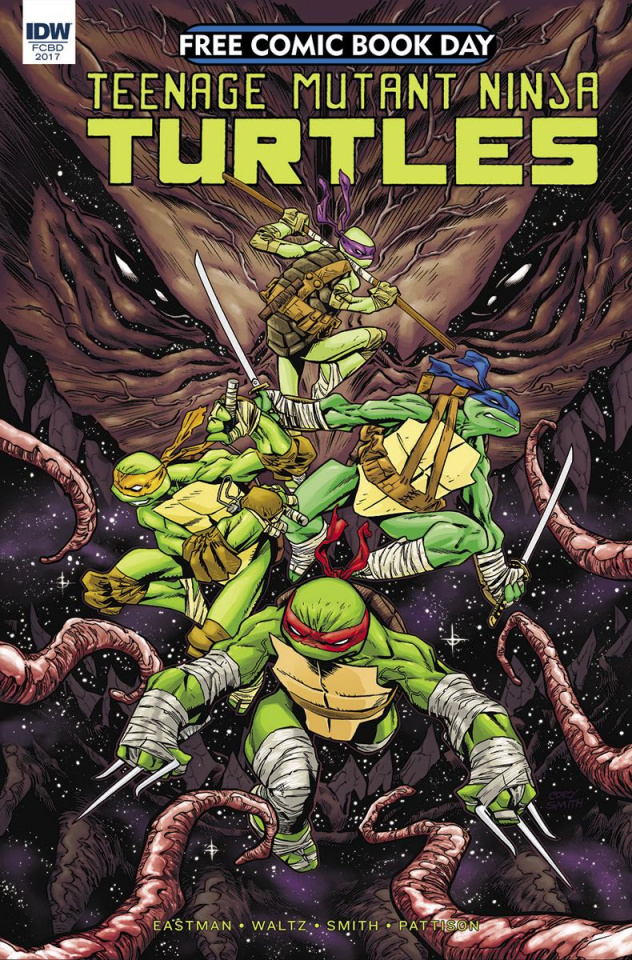