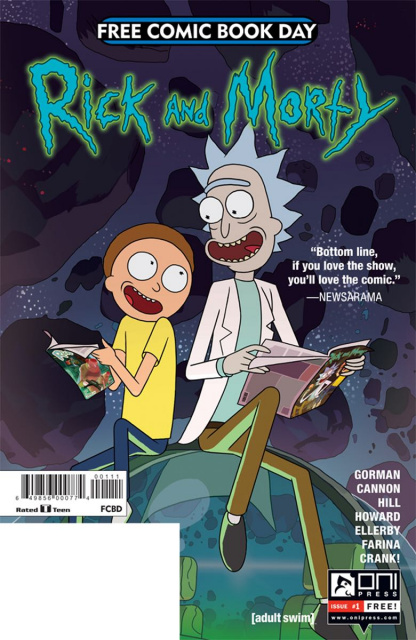 Dan Harmon & Justin Roiland's hilarious hit Adult Swim animated show Rick and Morty has its own critically-acclaimed comic book series from Oni Press! Join degenerate superscientist Rick Sanchez as he embarks on all-new insane adventures with his awkward grandson Morty, his teenage granddaughter Summer, his veterinary surgeon daughter Beth, and his hapless son-in-law Jerry. Catch up on their escapades with this special Free Comic Book Day issue, which includes the story that started it all: Part One of "The Wubba Lubba Dub Dub of Wall Street." Plus, an exclusive first look at the upcoming miniseries Pocket Like You Stole It!