Alan Moore's redefining of the Crossed universe 100 years in the future continues with his hand selected successor, Crossed: Wish You Were Here scribe, Simon Spurrier. Future Tayler's world was devastated by the realization that one of her closest friends led to the devastation of Chooga. Now as she helps a new town of survivors prepare for the organized attack of the evolved Crossed, she realizes that her best efforts may not be enough. The Crossed have a plan and they are coming. No amount of wishful fiction will prevent the conflict to come. The Crossed +100 series is a self-contained whole new world; no prior knowledge of the Crossed series is needed. Crossed +100 Vol 2 TP contains the continuing story originally presented in issues #7 - 12 of the ongoing comic book series. 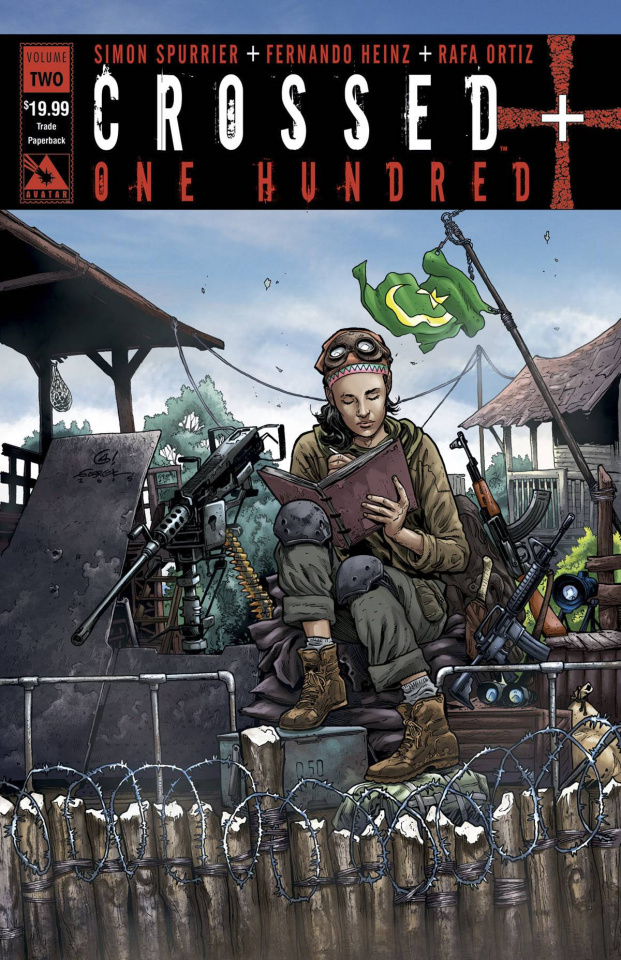