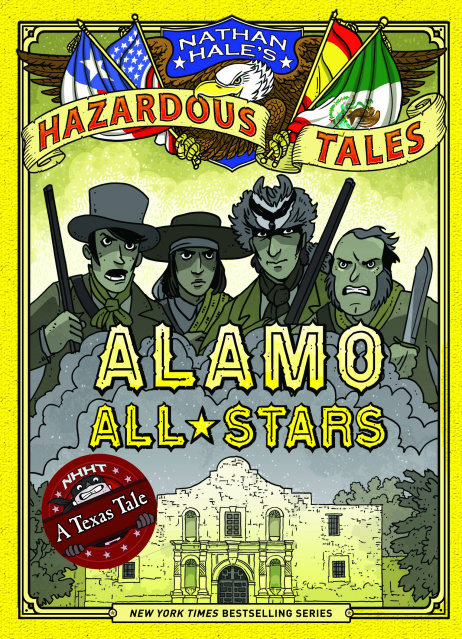 In the early 1800s, Texas was a wild and dangerous land fought over by the Mexican government, Native Americans, and settlers from the United States. Beginning with the expeditions of the so-called "Land Pirates," through the doomed stand at the Alamo, and ending with the victory over Santa Anna at the Battle of San Jacinto, the entire Texas saga is on display. Through his vivid depiction and additional maps, and biographies located in the back of the book, Nathan Hale brings new insight for students, teachers, and historians into one of the most iconic structures in the United States.