Featuring screen-capture images from MARVEL'S ULTIMATE SPIDER-MAN: WEB-WARRIORS! Join Spider-Man on his wildest adventure yet,as the Green Goblin transports him through several alternate dimensions - each with its own Spider-Man (or Woman)!

Things get tricky as Spidey fights Loki and Doctor Octopus with the help of Spider-Man Noir and the porktacular Spider-Ham!

As the Goblin steals Spider-DNA from every dimension they visit, Peter Parker teams up with Miles Morales!

When Greeny nabs everything he needs from the Web-Warriors, can Spider-Man handle the awesome combined power of the Spider-Goblin?! Collecting MARVEL UNIVERSE ULTIMATE SPIDER-MAN: SPIDER-VERSE #1-4. 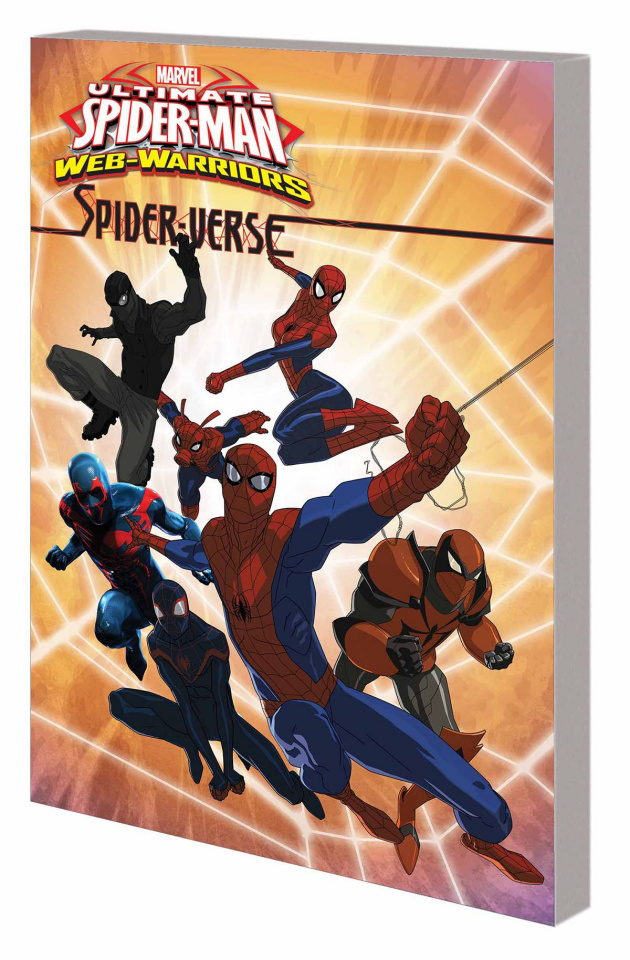