Chris Claremont weaves complex plots and compelling characterization in our second Ms. Marvel Masterworks, concluding Carol Danvers' original adventures! The highlights are many: Ms. Marvel meets the Avengers! Mystique makes her first appearance! A battle with Ronan the Accuser brings Ms. Marvel and Captain Marvel together, and leads to an all-new look for our heroine! Encounters with underground lizard-men, Deathbird, the Guardians of the Galaxy and Sabretooth set the stage for a controversial Avengers saga and a life-altering battle with Mystique and Rogue. And the story reaches its epic conclusion in a Marvel milestone featuring Ms. Marvel, the X-Men and the Avengers! Collecting MS. MARVEL (1977) #15-23, and AVENGERS (1963) #200 and ANNUAL #10 - plus material from MARVEL SUPER-HEROES (1990) #10-11, AVENGERS (1963) #197-199 and MARVEL FANFARE (1982) #24. 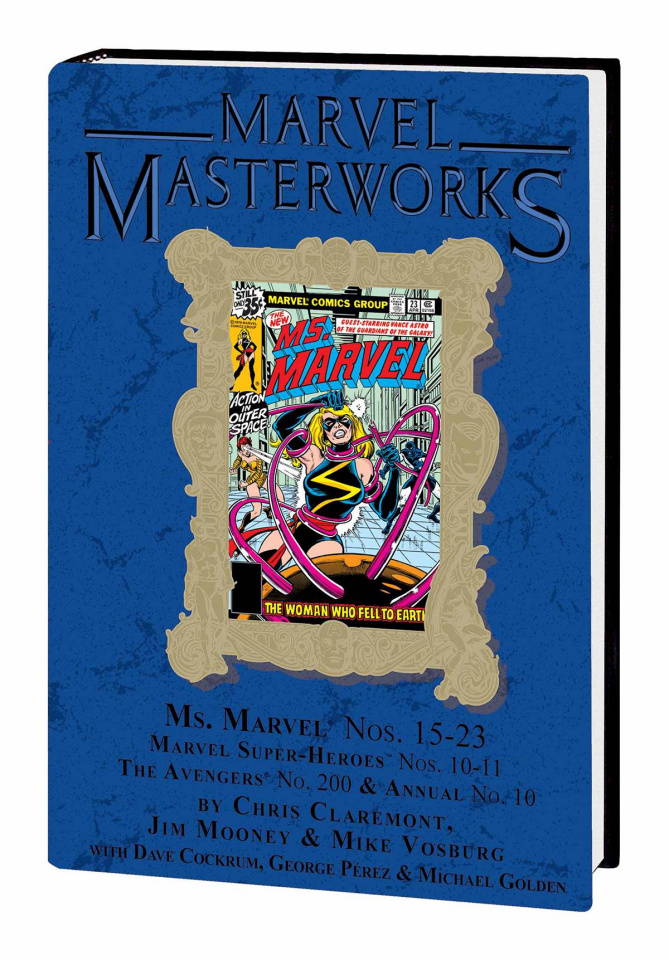