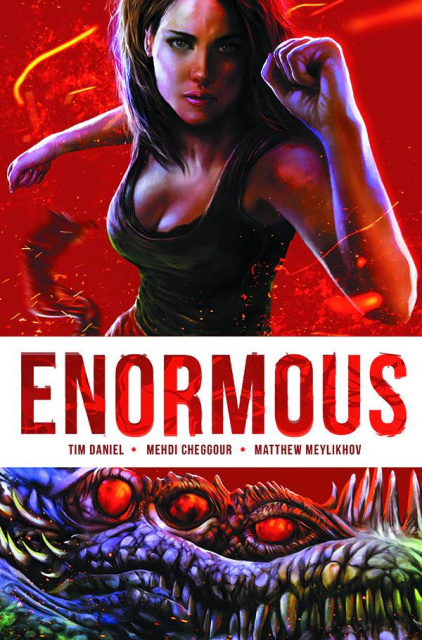 In the midst of a planetary crisis for food and fuel, a vast ecological cataclysm has spawned "The Enormous", massive beasts unlike anything ever witnessed. Displaced from atop the food-chain, humankind struggles to stave off extinction, while a shattered society scrambles for refuge in the wake of the monstrous rampage. Amidst the ashes of Phoenix, Arizona, Ellen Grace - a former school teacher who lost everything in the monstrous uprising - leads a search-and-rescue team into the ruins of the city in hopes of locating children orphaned by the cataclysm. But not all of the remaining humans think alike, and in a world dominated by monsters, man is still the most dangerous animal of all!