For the 25th Anniversary of Eightball, Fantagraphics is collecting all 18 long outof-print issues of Eightball in a slipcased set of two hardcover volumes, reproducing each issue exactly as they were originally published. Fully annotated and designed by Daniel Clowes with loads of new art and featuring over 450 pages of vintage Clowes, including such classics as "Like a Velvet Glove Cast in Iron," "Ghost World," "Pussey," "I Hate You Deeply" and so many more, including many never reprinted before now. 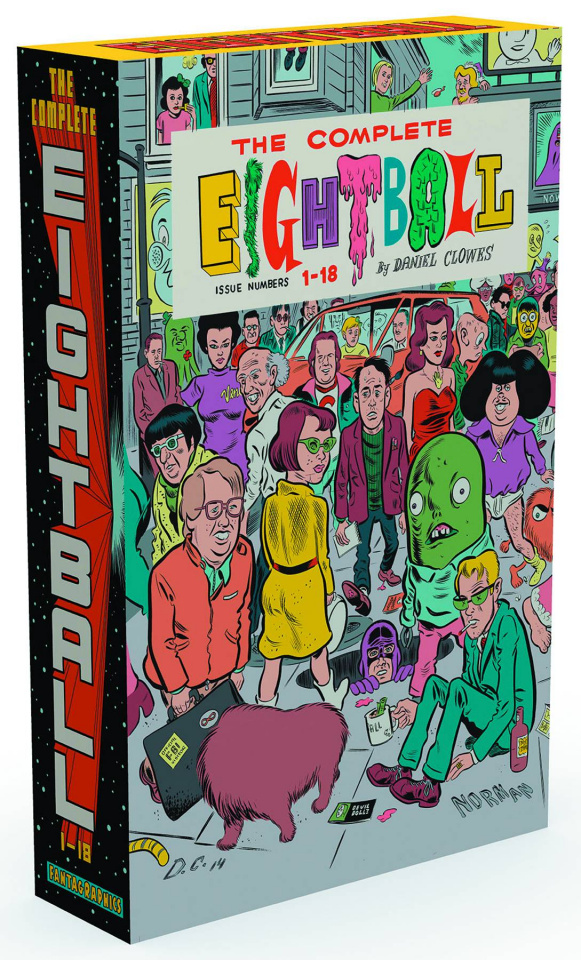