For fans of Stray Bullets, Jennifer Blood, and Executive Assistant: Iris! Featuring actresses Karen Summer, Priya Anjali Rai, and Tanya Tate! A dark sexy action/thriller, Pussycats reveals how adult movie actresses helped the United States government whitewash identities during the Cold War. Karen Summer was such an actress that could arrange for transportation of "human resources" without causing international incidents. But a recent sting operation proves Karen was not decommissioned after the fall of the Soviet Union. And worse, ghoulish face-painted gunmen killing her friends proves her identity has been compromised, and everyone she knows is being targeted for blackmail. 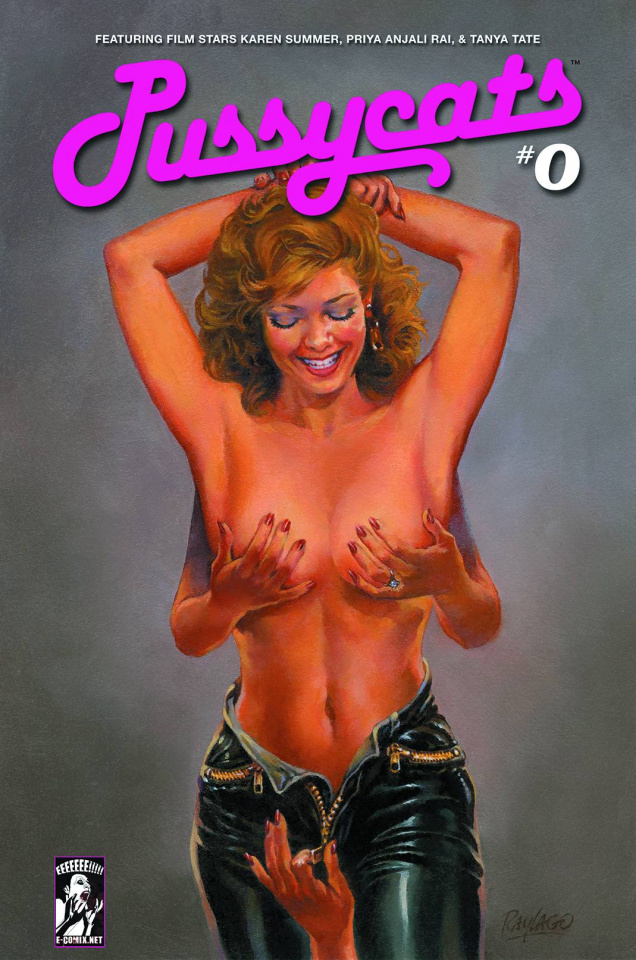