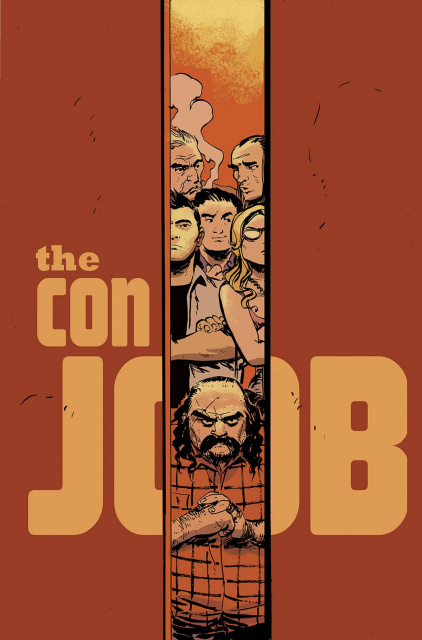 WHY WE LOVE IT: Comics veteran Jimmy Palmiotti (Harley Quinn) is a master at crafting humorous, snarky comics, and for The Con Job he's teamed up with longtime comics journalistturnedwriter Matt Brady (Buck Rogers) and artist Dominike "Domo" Stanton (Deadpool) for a unique heist story. They've put the "con" back in comic conventions.

WHY YOU'LL LOVE IT: In the mood for a characterdriven, comic book convention crime caper? Palmiotti and Brady have crafted a Galaxy Quest meets Ocean's 11style crime story set in the largerthanlife backdrop of the modern convention circuit. You thought cons couldn't get any bigger? You have no idea.

WHAT IT'S ABOUT: After working the same convention circuit for many years, a group of flabby action heroes, aging sex symbols, and scifi bit players have become close friends as they watch their lines get shorter and their autographs get cheaper. That is, until they hire a cocky new booking agent who offers them their only chance at a comfortable retirement by robbing one of the largest cons in the country!