It's the battle everyone has been waiting for, Germany's Sieglinde vs Russia's Maria as the most powerful women in the World unleash their epic powers in a Battleship vs Battleship ultimate carnage-fest!

Kieron Gillen unleashes the thunder as super-humans face-off on a level never before witnessed.

Back in Blighty, Stephanie makes an eye-opening discovery.

Even in the face of the terrors that are occurring worldwide, there is still hope.

But will it be too little too late? Available with Regular, Wraparound, and Blitzkrieg covers by Daniel Gete, a War Crimes by Caanan White and a Propaganda Poster cover by Michael DiPascale. 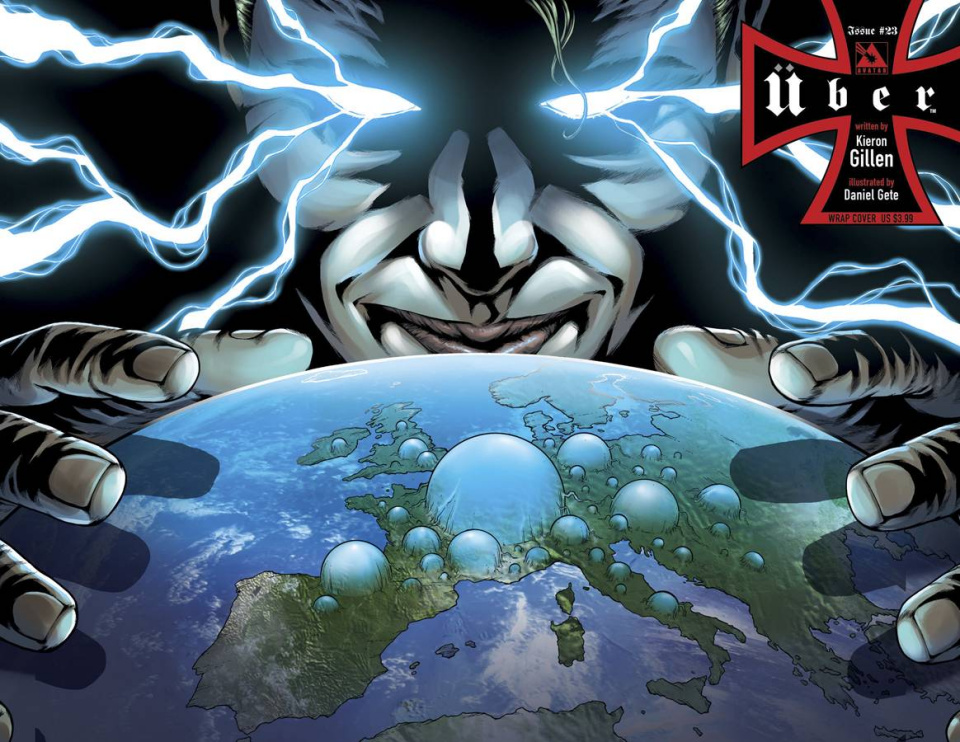