In the fatal conclusion to the arc, costumes and disembowelment are the order of the day as David Hine takes readers to a Japanese cosplay convention during the C-Day outbreak.

A mob family tries to rescue their daughter before she can be turned by the grinning maniacs loose in the street.

But in a Crossed world it doesn't matter who you were before the outbreak, misery will find you. Available with Regular, Wraparound and Red Crossed Incentive covers by Fernando Heinz, a Fatal Fantasy cover by Michael DiPascale, and a Torture cover by Christian Zanier. 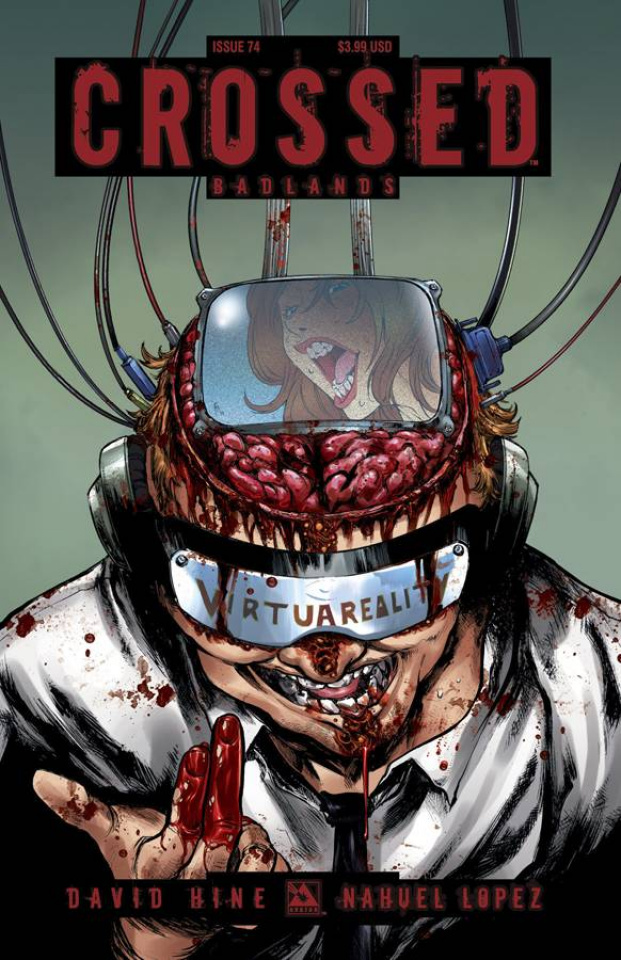