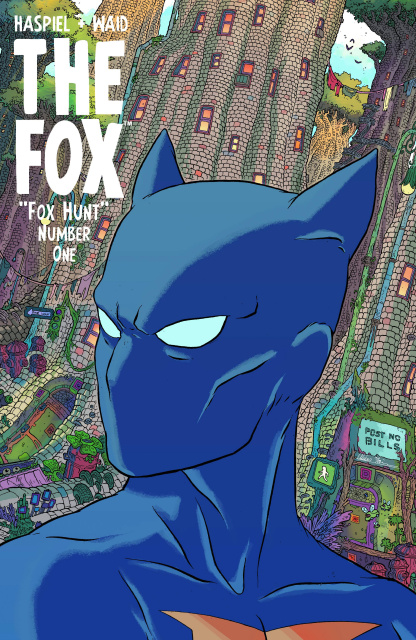 NEW ONGOING SERIES FROM DARK CIRCLE! THE FOX is BACK!

Emmy Award winning writer/artist Dean Haspiel (Billy Dogma, HBO's Bored to Death) is once again united with Eisner award-winning writer Mark Waid (Daredevil, Thrillbent) for FOX HUNT: Part one "The Situation": When a billionaire philanthropist prepares Paul Patton Jr's home town for demolition, our hero is sent on assignment to photograph the event. But what strange force lurks in the shadows, and why will it take Paul's alter-ego, THE FOX, to stop it? The answer is the beginning a deadly FOX HUNT and you won't believe what happens next! Don't miss the debut issue from the critically-acclaimed team that brought you THE FOX: FREAK MAGNET, featuring FOUR all-new variant covers! With art from Dean Haspiel, David Mack, Thomas Pitilli, Ulises Farinas and Chris Samnee!