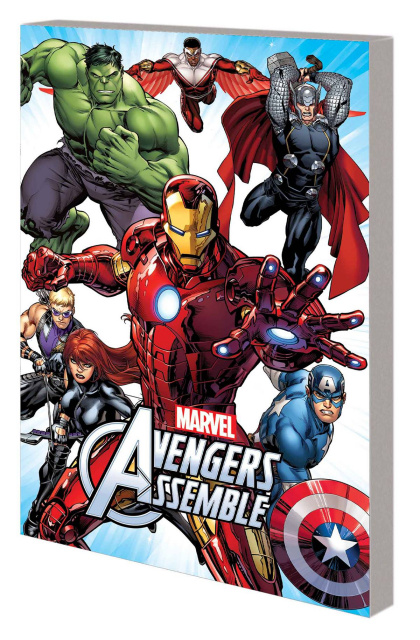 It's twice the action and twice the danger as Earth's Mightiest Heroes return for another season of smashing evil!

When the Red Skull seeks refuge from an even greater villain, the Avengers must face their most dangerous foe yet: Thanos of Titan!

Can the Avengers keep Thanos from gaining the Power Stone?

Hulk crash-lands on Earth with no memory except one: the planet is doomed! Can the Avengers help the Green Goliath remember the danger before it's too late?

The Red Skull has information that could save Earth, but he's been kidnapped! To rescue his worst enemy, Captain America must face his oldest friend: Bucky Barnes, the Winter Soldier! It's explosive action from your favorite heroes, based on the hit animated series now airing on Disney XD! Collecting MARVEL UNIVERSE AVENGERS ASSEMBLE SEASON TWO #1-4.