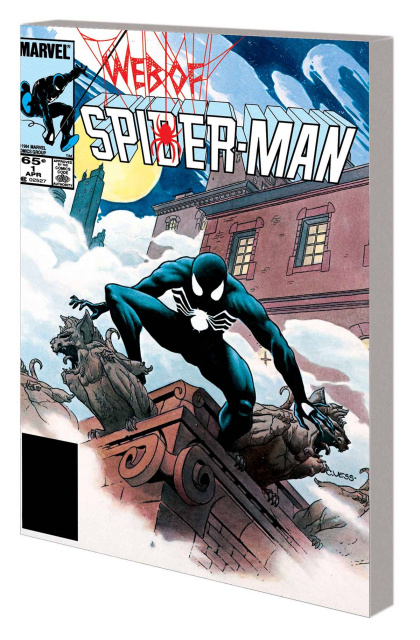 Spider-Man's greatest fashion disaster continues! With his symbiotic black costume safely removed and imprisoned for study, Spidey re-dons the classic red-and-blues to battle fearsome foes including Hobgoblin, Silvermane and the Kingpin! And when the Black Cat whips him up a homemade version of his ebony ensemble, Spidey can embrace a modern look that only looks killer. But while Peter thinks he's done with his rather clingy former suit, the sinister symbiote isn't finished with him - and when it escapes and seeks out its former host, Spidey's going to have to do some quick thinking in order to avoid becoming a permanent part of the alien duds! Guest-starring the Human Torch, Thor and the X-Men! Collecting MARVEL TEAM-UP (1972) #146-150, PETER PARKER, THE SPECTACULAR SPIDER-MAN (1976) #96-100 and ANNUAL #4, AMAZING SPIDER-MAN (1963) #259-263, and WEB OF SPIDER-MAN (1985) #1.