From the pages of DEATH OF WOLVERINE! Logan may be dead - but what will happen to his mortal remains, encased in Adamantium? The battle for control of this valuable artifact has begun, death is on the books for a dozen heroes and villains, and Mystique is playing chess with them all! As Sinister strikes, Daken lies crippled, and death looms for Shogun's Weapon X crew. Only Wolverine's legacy - X-23, Sabretooth, Mystique and Lady Deathstrike - can save them all. But none of them can be trusted! Then: introducing Fantomelle, the world's most unstoppable thief, engineered to perfection! But will she be destroyed by a nightmarish monster before the Wolverines can recruit her? And surprises lay in store when the Wolverines assault Mr. Sinister's fortress! Sinister has plans for Logan's body - but how are the Amazing X-Men involved? Collecting WOLVERINES #1-5. 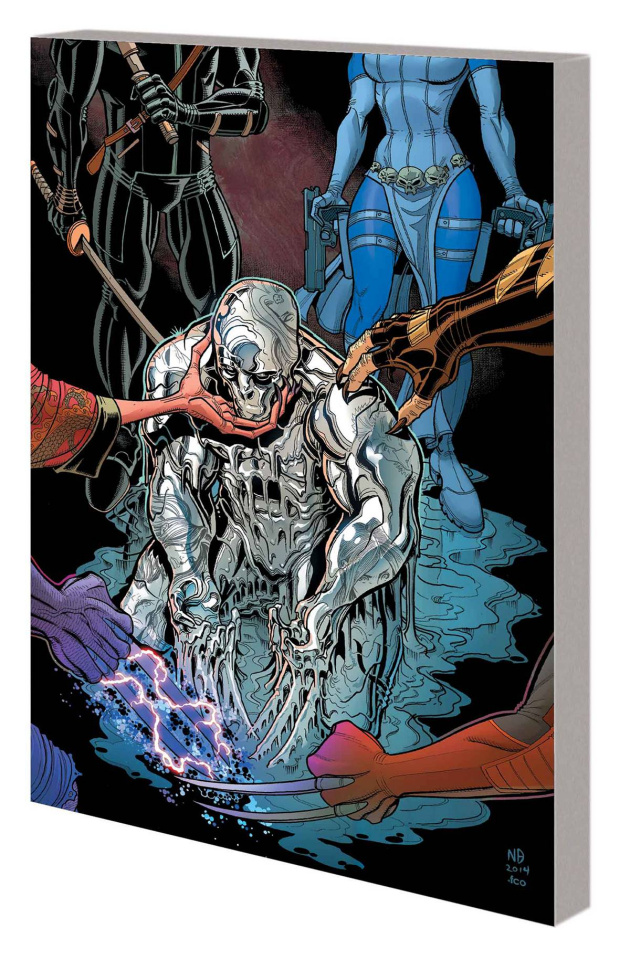