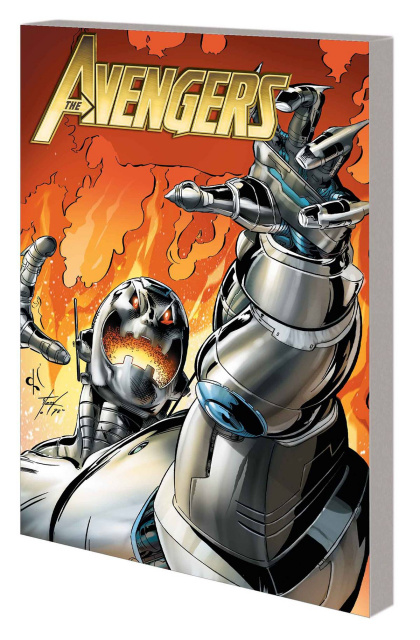 Earth's Mightiest Heroes face Ultron, their deadliest foe, once again! More powerful than ever before, the mechanical menace has declared himself...the ultimate Ultron! And he's upgraded his elimination target from merely mankind - to all life on Earth. But Ultron doesn't intend to inherit the world alone. Which of the West Coast Avengers women will he take as the basis for his metallic mate, known as War Toy? As the Whackos regroup after a blistering assault, Ultron finds that the path of true love doesn't run smooth - even for ruthless robots. Brace yourself for a lovers' tiff for the ages! An, in a Vision adventure that proves that even an android can dream, discover which all-too-familiar foe can take control of the Vision, Jocasta and even Ultron! Collecting AVENGERS WEST COAST #89-91 and ANNUAL #8, and VISION (1994) #1-4.