The galaxy's greatest Eisner-nominated SF anthology returns to Free Comic Book Day with a 48 page zarjaz line-up of stories. In Through the Out Door, a brand new story from Matt Smith and Norm Breyfogle, Judge Dredd uses the iron fist of the law to settle a block dispute; in 3000 AD some jobs are murder, as proved by The Traveller from Mick McMahon; galactic frontiersman Ajax Bloodthirsty meets his match on the astronomical object of oblivion known as the Death Rock in a new tale from Ben Willsher and Barry Krishna; the Grand Master of Termight is sickened to find that his final resting place has been defiled by the legendary alien freedom fighter, Nemesis the Warlock in Tomb of Torquemada

by Pat Mills and Kevin O'Neill; wizened master of the occult, Doctor Sin returns to pass on his mantle (and battle a demon) in Don't Call It A Comeback by Rob Williams and Luca Pizzari; pilot of the future, Dan Dare, discovers an alien satellite in Star Slayer by Dave Gibbons and Gerry-Finley Day; Celtic warrior Sláine acquaints more enemies with his axe in A Simple Killing by Pat Mills and Simon Davis; Judge Dredd upholds the law in some classic Dredd newspaper strips by John Wagner, Alan Grant and Ron Smith; and Prepare your mind to be melted by Tharg's Alien Invasions from supreme craz-o-naut Henry Flint. If this wasn't enough each strip comes with a FREE digital story attached! 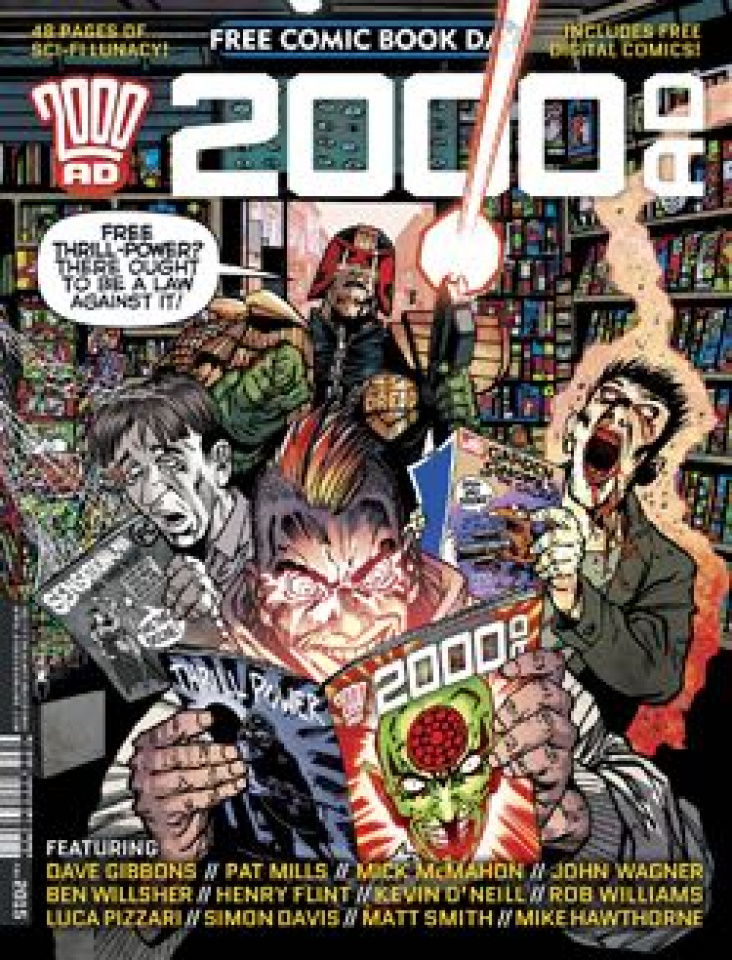