How About Never - Never Is Good For You?

People tell Bob Mankoff that as the cartoon editor of The New Yorker he has the best job in the world. Never one to beat around the bush, he explains to us, in the opening of this singular, delightfully eccentric book, that because he is also a cartoonist at the magazine he actually has two of the best jobs in the world. He allows us into the hallowed halls of The New Yorker to show us the soup-to-nuts process of cartoon creation, giving us a detailed look not only at his own work, but that of the other talented cartoonists who keep us laughing week after week. For desert, he reveals the secrets to winning the magazine's caption contest. Throughout, we see his commitment to the motto "Anything worth saying is worth saying funny." 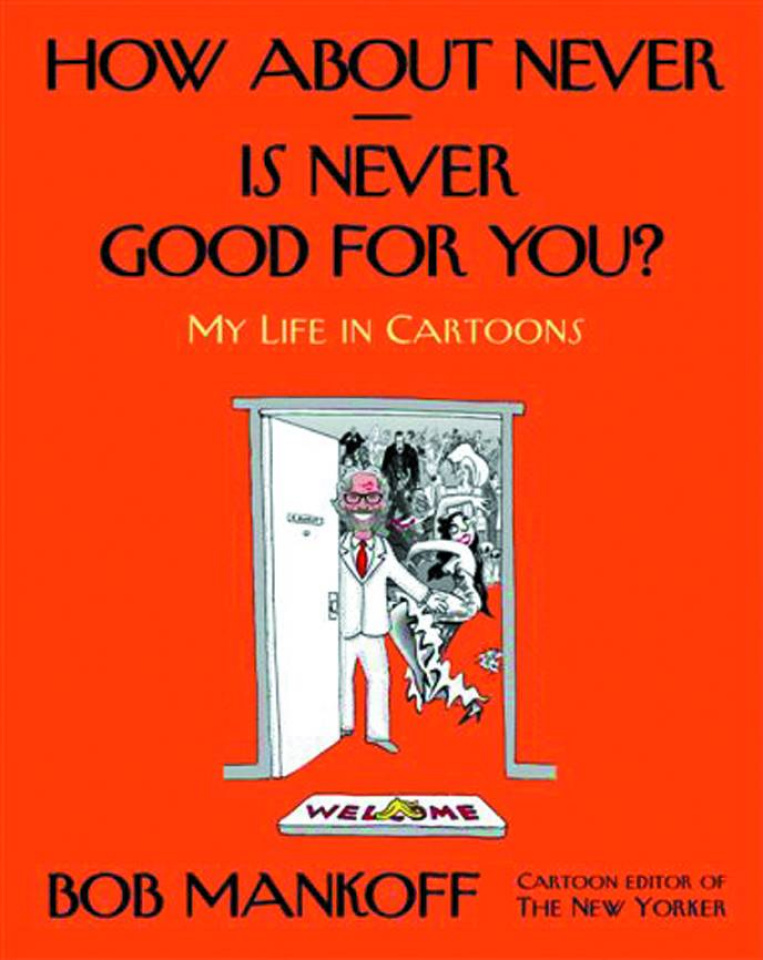