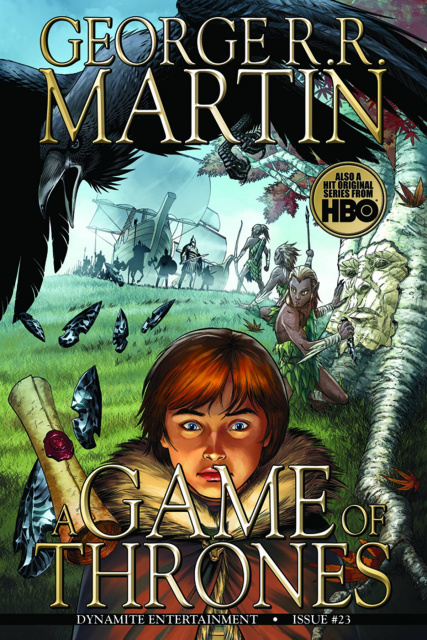 In Winterfell, Bran, troubled by strange dreams of a three-eyed crow, learns from Maester Luwin of the children of the forest, the original inhabitants of Westeros. But his lesson is interrupted by another bird-a raven, bearing grim news from King's Landing: Lord Eddard is dead. Meanwhile, it is to that once-proud city, now stained with blood and madness, that Tyrion Lannister is dispatched by his father, Tywin, to rule as regent for the young king Joffrey. And across the sea, Daenerys learns that her son is dead... and her husband worse than dead.