Bestseller Michael Uslan (Archie Marries, Batman: Black and White) unites two classic pulp heroes in a meticulously-researched historical fiction! An unstoppable power will plunge the world into darkness... unless the crime-fighting icons known as The Shadow, The Green Hornet, and Kato can stop it! When an invention capable of harnessing elemental forces falls into the hands of the maniacal Shiwan Khan, The Shadow races against time to prevent the utter destruction of all America's vital industries and financial institutions. To that end, he enlists The Green Hornet, a crusader masquerading as a crimelord, to infiltrate Shiwan's organization of saboteurs. Will the masked heroes prevent Khan's deadly plot to shatter a nation? This 144 page collection reprints isues 1-5 of the hit series written by MICHAEL USLAN and drawn by KEITH BURNS. It features footnotes for every issue and a complete cover gallery by ALEX?ROSS, JOHN CASSADAY and CHRIS ELIOPOULOS. 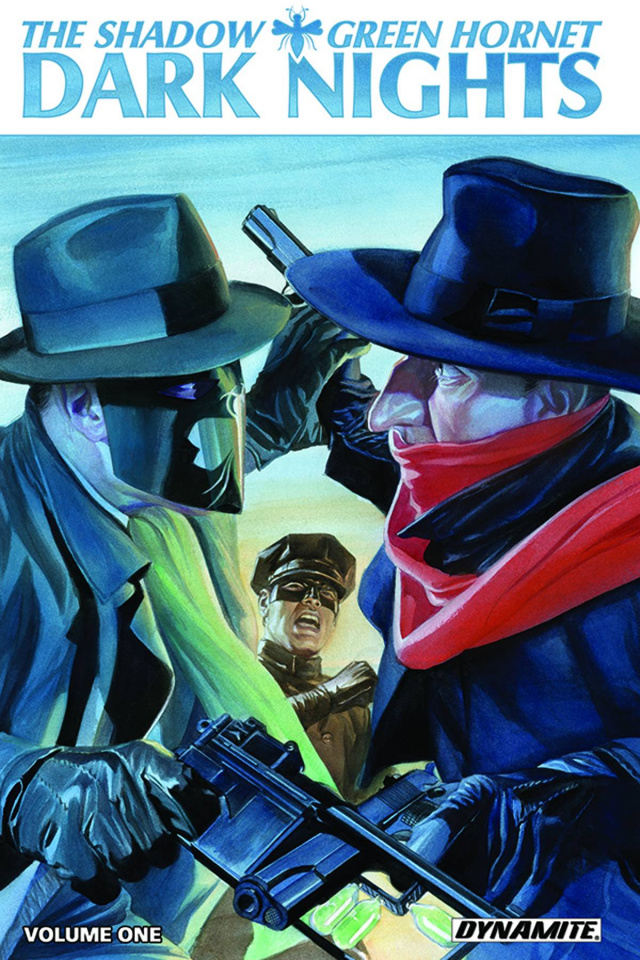