Gandhi: Apostle of Peace is the second title by Jason Quinn for Campfire's Heroes line. "My life is my message." Mohandas Gandhi was a freedom fighter with a difference; rather than forcing change with the barrel of a gun, he sought to change the world with love and nonviolence. In this epic saga we grow alongside Gandhi from his childhood in the Indian State of Gujarat, through his studies in London during the 1890s, and on to his political awakening in South Africa. We then return with him to India and join his nonviolent struggle to free his nation from the shackles of the British Empire. Gandhi: Apostle of Peace, gives us a portrait of the man behind the icon. 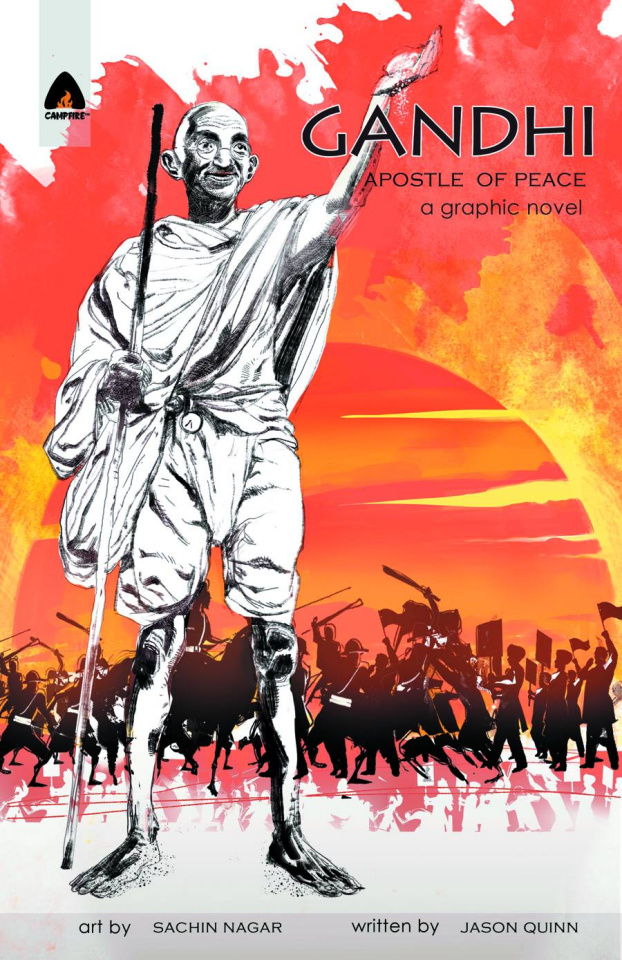