Is there nowhere a group of canine best friends can call home in the new world order? Even outside the confides of the chaotic and bloody cities, Charlie and his pals Rover and Red face terrors that no dog should have to. Three likeable companions attempt to find their way in a world that has literally gone to the dogs. GARTH ENNIS, the master of original horror, has crafted a story that eloquently reveals the best and worst in human nature through the actions of man's best friend. Available with a Regular, Wraparound, and a Dog Days Order Incentive cover by series artist Michael Dipascale. 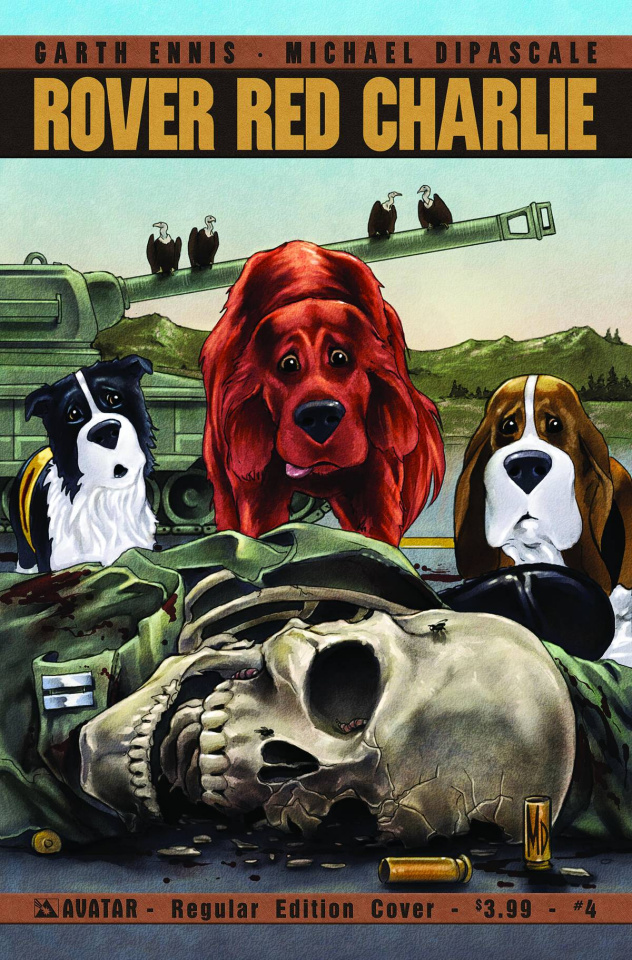