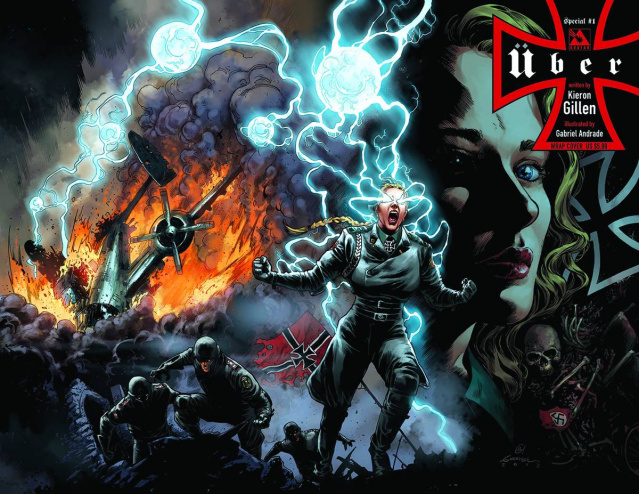 KIERON GILLEN digs deep into the origins of Uber with this all-new super-size Special! For the first time ever, he is unveiling the origin and first missions of Sieglinde and the German Battleships illustrated by GABRIEL ANDRADE! The German war machine has been developing the most powerful weapons ever fashioned. Their Battleship class Ubers are like living atom bombs annihilating every obstacle in their paths. But they were once humans, and it takes more than power to make a monster, so what could have forged such cold, murderous beasts? Available with Regular or Wraparound cover by Caanan White, Propaganda Poster cover by Michael Dipascale, a Blitzkrieg Incentive cover by Caanan White, and a special commemorative Three Objectives set of three books that is limited to just 500 sets!