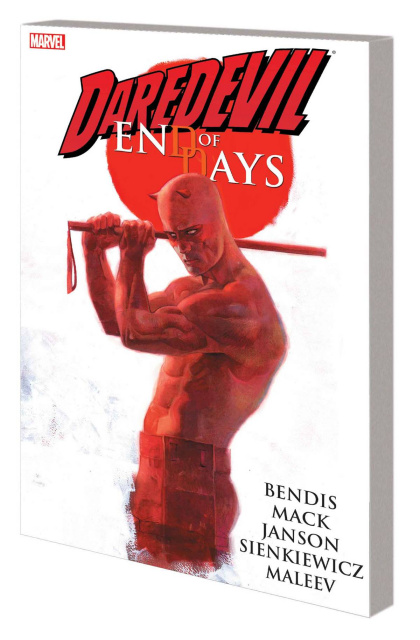 Brian Bendis heads a team of Daredevil legends to tell the last tale of the Man Without Fear. Years after the world last set eyes on him, Daredevil finally returned to Hell's Kitchen, only to be brutally slain by his deadliest foe in a very public battle. But Matt's enigmatic last word leads Daily Bugle reporter Ben Urich to take on one final story: the truth behind what happened to his old friend. Where did Matt go - and what brought him back, only to die? But while Urich hunts down answers from Daredevil's array of allies, enemies and former lovers, he is being watched from the shadows - by a mysterious figure with a strikingly familiar silhouette. Matt Murdock is dead. But is that the end for Daredevil? Collecting DAREDEVIL: END OF DAYS #1-8.