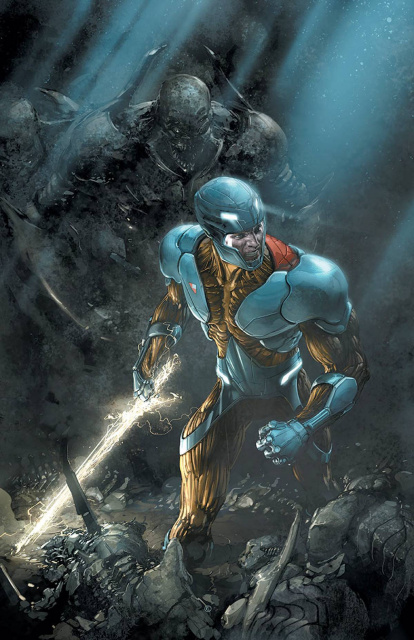 X-O Manowar's one-man invasion of the Vine's alien homeworld starts here! At long last, Aric of Dacia will take his revenge on the alien race that have pursued him at every turn. As his Visigoth forefathers sacked Rome, so too will Aric of Dacia bring a devastating assault to the doorstep of his oppressors. Taking the battle directly to the Vine planet of Loam, he will decimate their armies, he will level their cities - and he will not stop until the whole of their empire is reduced to ash. But when one man declares war on an entire world, what painful consequences will he reap for himself - and for the whole of human race? Featuring the return of superstar penciller Cary Nord, PLANET DEATH is THE event that will define X-O Manowar's place in the Valiant Universe. Don't miss this juggernaut of a storyline when X-O Manowar descends on PLANET DEATH in March!