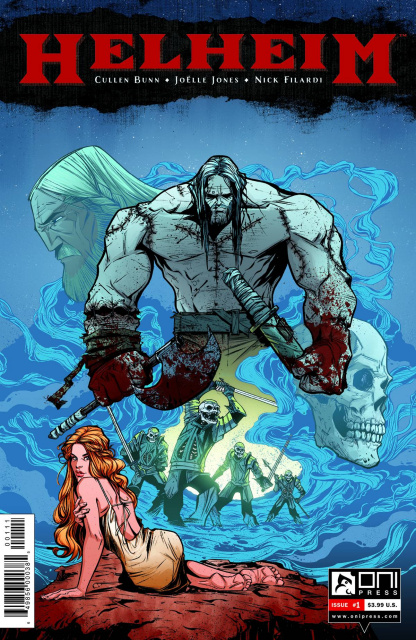 A NEW SERIES FROM SIXTH GUN WRITER CULLEN BUNN AND FAN FAVORITE ARTIST JOEeLLE JONES! "Once the threshold of Helheim is crossed, not even gods can escape." During the age of the Vikings, savage wild men and dark creatures beset a small settlement. A brave war party stands as guardians of the helpless villagers, but they are no match for the horrors rising up around them. One of the warriors, a young hero named Rikard, will pay the ultimate price in battle... but his fight is far from over. A gothic horror story of witchcraft, night creatures, and the undead.