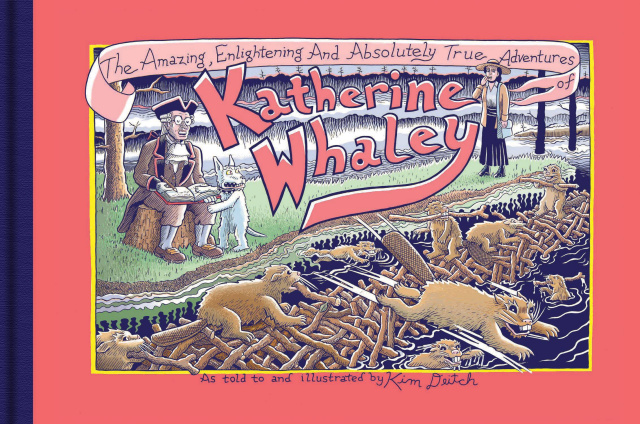 The Amazing, Enlightening and Absolutely True Adventures of Katherine Whaley

This is a story about a girl, born at the beginning of the 20th century. She grows up in a small river town in upstate New York. One day the mysterious Charles Varnay, an eccentric who dresses in the style of an 18th century dandy, comes to town, his sole companion a remarkably intelligent dog named Rousseau. Varnay wants to star Katherine in a movie serial he plans to make, called The Goddess of Enlightenment. Katherine is rather put off when she discovers that he expects her to appear nude in this film. But even more strange is the film's subject matter: It has to do with 12 metal cylinders that Varnay claims are actual recordings of the voice of Jesus Christ which, he says, contain an urgent message that the modern world needs to hear! Varnay also claims that his dog, Rousseau, is the product of experiments he has been making in advanced selective breeding. He's eager to continue these experiments with human subjects; Katherine realizes that he's expecting her to be a part of this, and it worries her... The Amazing, Enlightening and Absolutely True Adventures of Katherine Whaley is a full-length graphic novel created in a striking "widescreen" landscape format that allows Deitch to give full rein to his astonishing graphics.