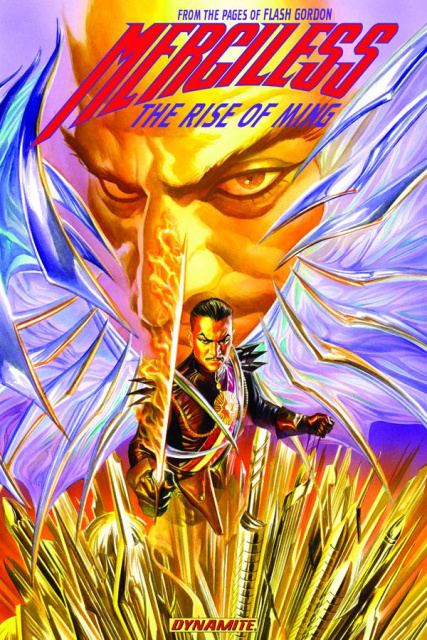 Merciless: The Rise of Ming

Set decades before the would-be interplanetary conqueror turned his attentions upon an unwitting Earth, MERCILESS chronicles the formative years of Prince Ming, heir to all he surveys and all the fabulous peoples of distant Mongo, a planet politically divided by its divergent species and as physically fractured as the ring of shattered moons orbiting it. Disillusioned by his father's rule and anxious to begin his own dynasty, Ming engineers events to seat himself upon the imperial throne of Mongo, sooner rather than later. Ming's ascent to power is as much a descent into his own depravity as he strikes alliances and sparks wars of expansion to cement his claim, finding time for love (or lust, depending on one's point-of-view) and uniting all of Mongo under one rule... HIS. Ming's adversaries underestimate him at their peril. He has a plan. In fact, he ALWAYS has a plan... and it doesn't end on Mongo. Armed with mindboggling weapons of planetary destruction, Ming the Merciless won't settle for anything less than dominion over his world... and every galaxy in the known universe! This volume collects the compelte 4-issue mini-series by Scott Beatty and Ron Adriam along with all of the fully painted covers by Akex Ross as well as sketches and character designs by Alex Ross.

"Beatty keeps Ming cool and merciless just the way he should be. It's actually very refreshing to see that the Ming we are introduced to at the height of his power was as cold and calculating a man during his father's reign." -www.comicattack.net