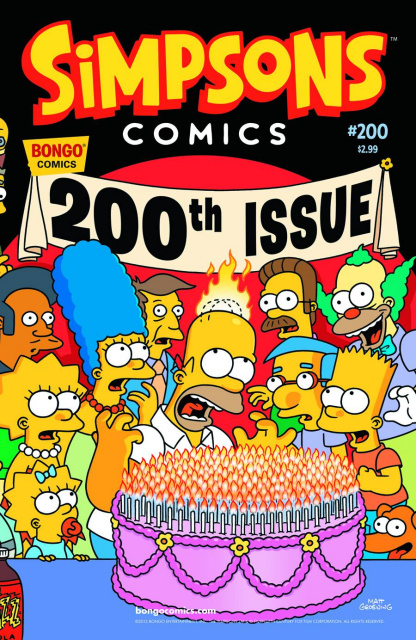 Bongo celebrates its 20th year and landmark 200th issue of Simpsons Comics with an extra-special, supersized story about (what else?) the bicentennial celebration of the history of Springfield. Witness the heretofore untold and influential past of the town that's affectionately become known as "America's crudbucket," and find out from tales of its fantastic forefathers to its civil war to its fight for civil rights why the worst city in the country is also its funniest! And, as they say....much, much more!