Based on Meteor Entertainment's Free-to-Play, Massively-Multiplayer online shooter Hawken, an immersive, fast-paced game featuring giant mechs on a technologized world, this original graphic novel serves as both prequel and sourcebook for the game world. It offers players a glimpse of what came before the game, and what might come in the months ahead. Hawken: Genesis focuses on the relationship between Rion Lazlo, the man who would be king, and James Hawken, the brilliant inventor who paved the way for Lazlo's success. What begins as a mutually beneficial partnership developing magnificent technology for the planet's largest corporation state devolves into betrayal and conflict that soon leads to a man-made cataclysm that changes the face of the planet forever. 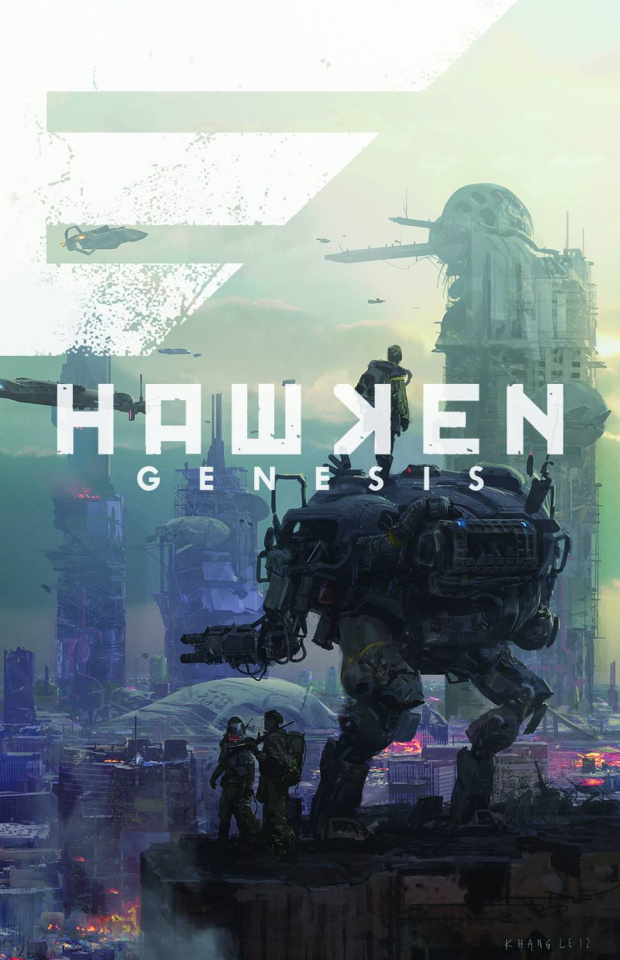