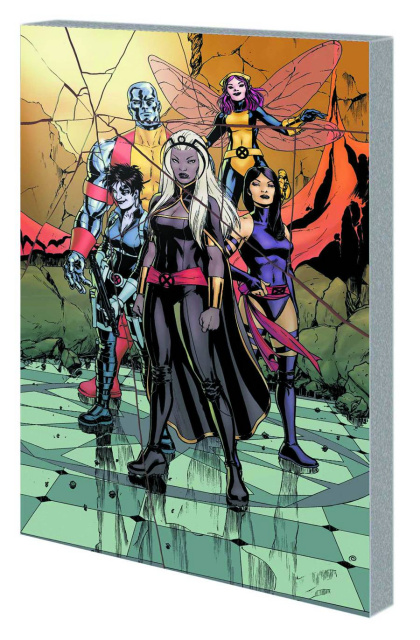 The X-Men meet the last living Proto-Mutant - but in the aftermath, Storm's leadership is called into question, and the Storm/Cyclops divide widens as the team starts to unravel. A new member joins Storm's squad, but whose side are they really on? And Colossus has his own agenda, but will he leave the team to pursue it? Then: It's action, adventure and romance when Domino teams up with Daredevil to take down Armitage! But whose side will Domino take in the end? And finally, what happens to a team when they lose the trust that binds them? At the end of one era, Storm puts a squad together to search for the start of the next. But how do Angel, Iceman, Chamber and Pixie feel about the direction in which the X-Men are heading? Collecting X-MEN (2010) #36-41.