A new era of symbiotic super heroics begins as rising stars Cullen Bunn and Thony Silas take on Flash Thompson! As the Avengers task Venom with bringing in Daimon Hellstrom, the Devil's pact made in CIRCLE OF FOUR comes full circle - and Hell-Venom is unleashed! Can Flash regain his soul, or will he remain in Daimon's thrall forever? Meanwhile, ace reporter Katy Kiernan makes a devastating discovery about Flash! It's Venom vs. the Monsters of Evil with the fate of his soul in his hands! Plus: A rash of disappearances brings Flash and Katy to Philadelphia, but how are the U-Foes involved? In a race against time, can Flash Thompson rescue not just his friends, but also his newly adopted city, from an alien plot? Get ready for the most toxic ending in Venom history! Collecting VENOM (2011) #23-25 and #28-30. 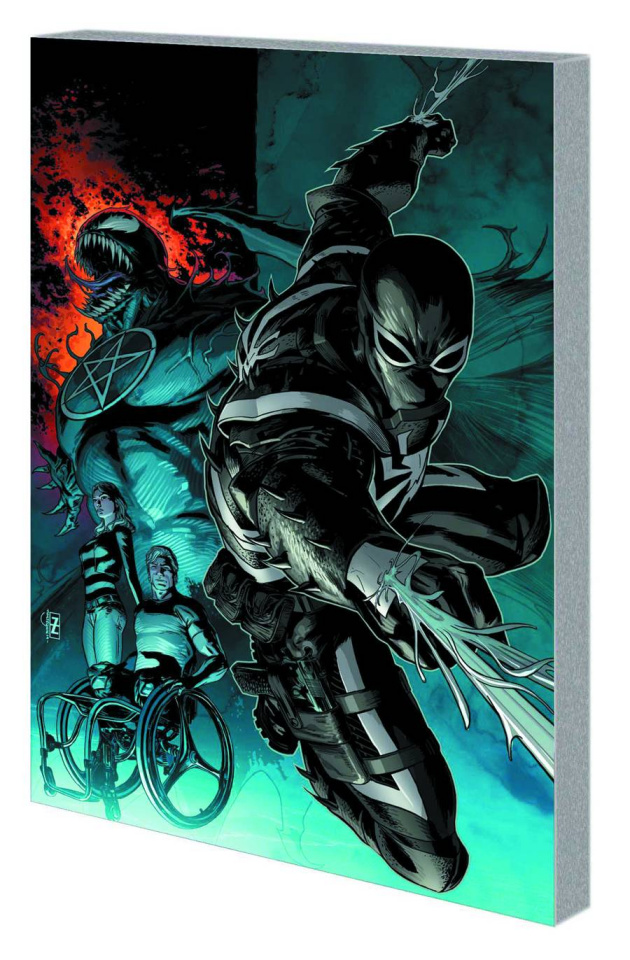