THE GATES OF HELL ARE OPEN...AND THE DEAD WILL LEAVE THEIR MARK!

Continuing the epic story of the rise of the living dead in the 1960's, "'68 SCARS" picks up right where the original sold-out comics mini-series left off. From a blood bath atop the US Embassy in Saigon to the churning waters of the Mekong Delta, the surviving US forces fight for their lives against the malicious guerilla tactics of the Viet Cong and the endless surge of the cannibalistic dead. And within the enemy-surrounded perimeter of Saigon's TAN SON NHAT airport, the scars of war reveal themselves as a festering evil tightens its grip. The war is over, but the battle for humanity's survival has just begun...and some wounds never heal. Presenting an all-new, 178 page trade paperback collection of the ongoing "Zombies in Vietnam" comics series "'68", from creators Mark Kidwell, Nat Jones and Jay Fotos. This deluxe volume contains tons of specially selected extras from behind-the-scenes as well as the bonus award-winning '68 one-shot comic: '68 HARDSHIP with stunning artwork by Jeff Zornow. COLLECTS '68 SCARS ISSUES 1-4 and includes ONE SHOT release of '68 HARDSHIP. 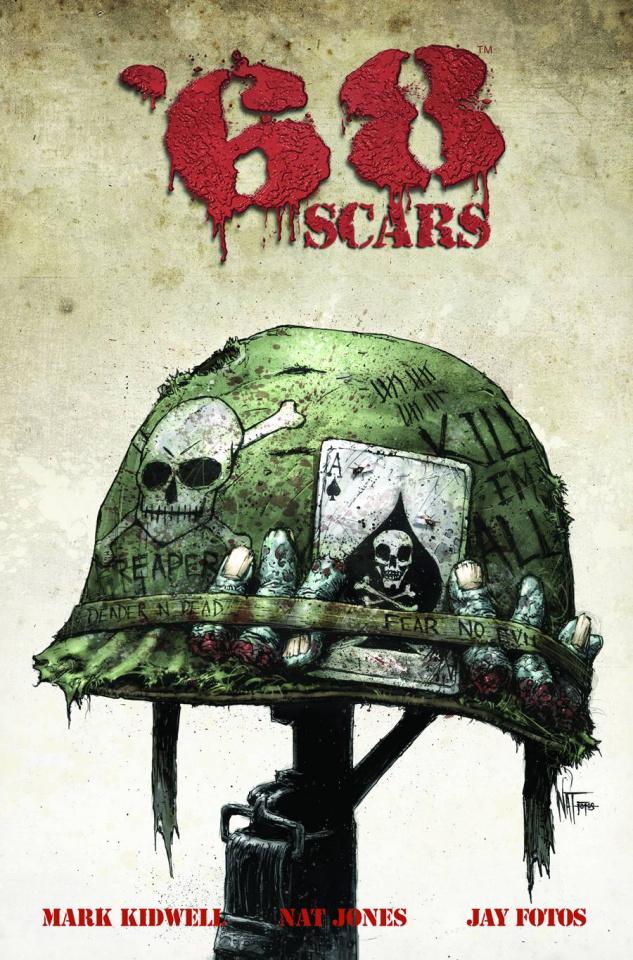