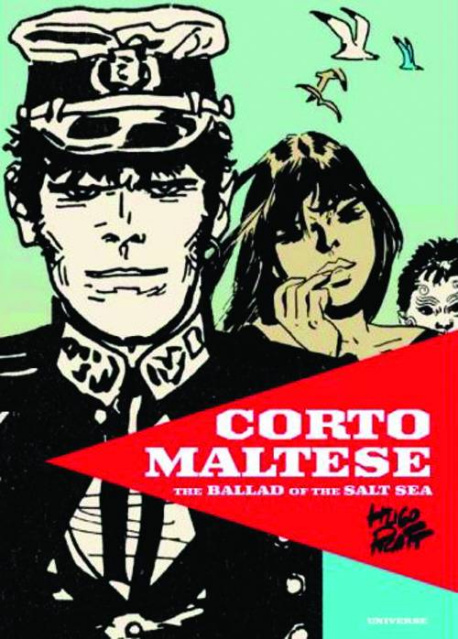 Corto Maltese Vol. 1: The Ballad of the Salt Sea

Treasure hunter, sailor, and adventurer, Corto Maltese remains one of the most popular characters from graphic literature in Europe and maintains a devoted cult following among American readers and creators. Originally published in 1967, Corto Maltese: The Ballad of the Salt Sea introduces our hero for the first time. The story begins with Corto Maltese adrift at sea in the Pacific during World War I. He is picked up by a Russian pirate/privateer named Rasputin. The graphic novel follows Corto and the adventure that ensues.