Papercutz celebrates the Summer 2012 Olympic Games with The Smurf Olympics! Hefty Smurf loves to play sports, but he can't get the other Smurfs to play with him. His solution - create 'Smurf Olympics'! The Smurfs divide themselves into two teams, all competing for the grand prize: a kiss from the Smurfette. But when one Smurf is turned down by both teams, he decides to compete on his own, throwing the games into chaos! Can one Smurf take on the whole village? And can the Smurfs stop cheating and playing pranks on each other long enough for the games to actually take place? 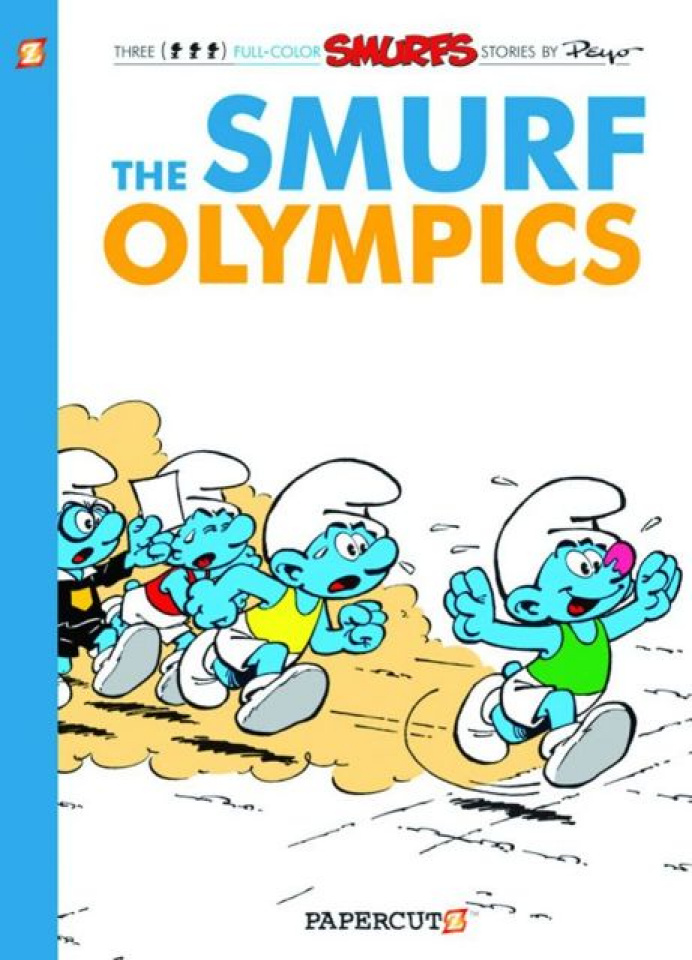