The Dream Quest of Unknown Kadath & Other Stories

Three times Randolph Carter dreamed of the marvellous city... and three times he was snatched away while still he paused on the high terrace above it. In search of a lost city and a forgotten memory, Randolph Carter enters the dreamlands, the vast world of wonder and horror where one night can span a million years. From the jungles of Kled to the surface of the moon, through perilous encounters with bat-winged nightgaunts and man-eating ghouls, Carter's quest takes him ever closer to the secret of the marvellous sunset city... and the terror of Nyarlathotep and Azathoth, the monstrous Other Gods who stand in his way. This limited edition oversize 184-page hardcover includes a full comic adaptation of the novel by H.P. Lovecraft, as well as the related stories 'The White Ship,' 'Celephais' and 'The Strange High House in the Mist.' Perfect for fans of classic children's books, underground comics, Labyrinth and the Cthulhu Mythos, The Dream-Quest of Unknown Kadath and Other Stories shines light on H.P. Lovecraft's lesser-known work as a fantasy author. Drawn and adapted by Jason Thompson (Manga: The Complete Guide). This signed edition is limited to only 500 copies available. 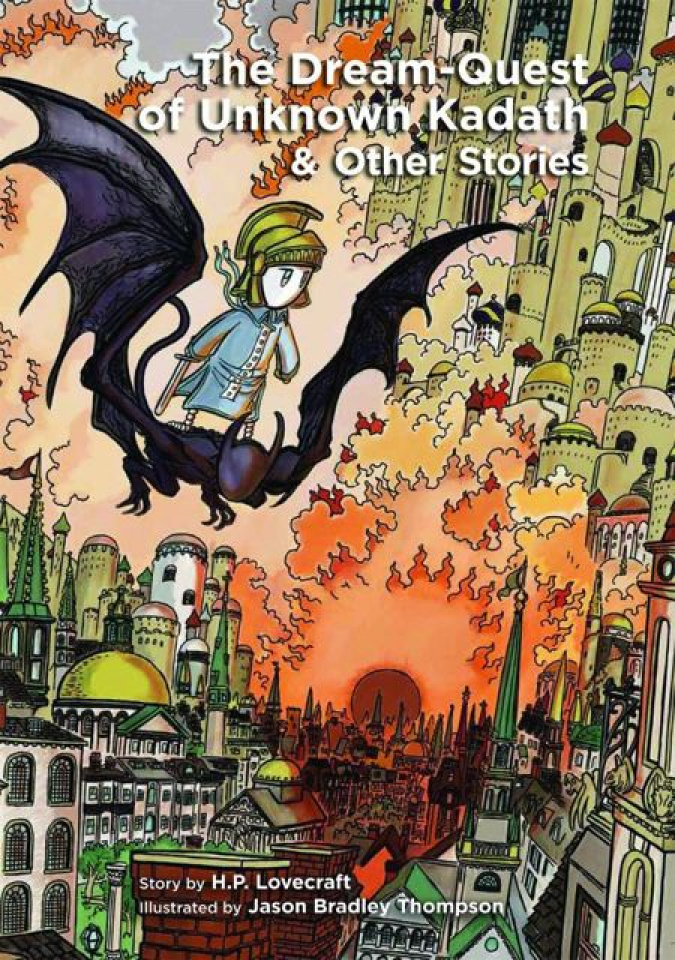