The Push Man and Other Stories

Thirty years before the advent of the literary graphic novel movement in the United States, Yoshihiro Tatsumi created a library of comics that draws parallels to modern prose fiction and today's alternative comics. The stories collected in The Push Man are simultaneously haunting, disturbing, and darkly humorous. A lone man travels the country, projecting pornographic films for private individuals while attempting to maintain a normal home life. An auto mechanic's obsession with a female TV personality turns fatal after a chance meeting between the two. 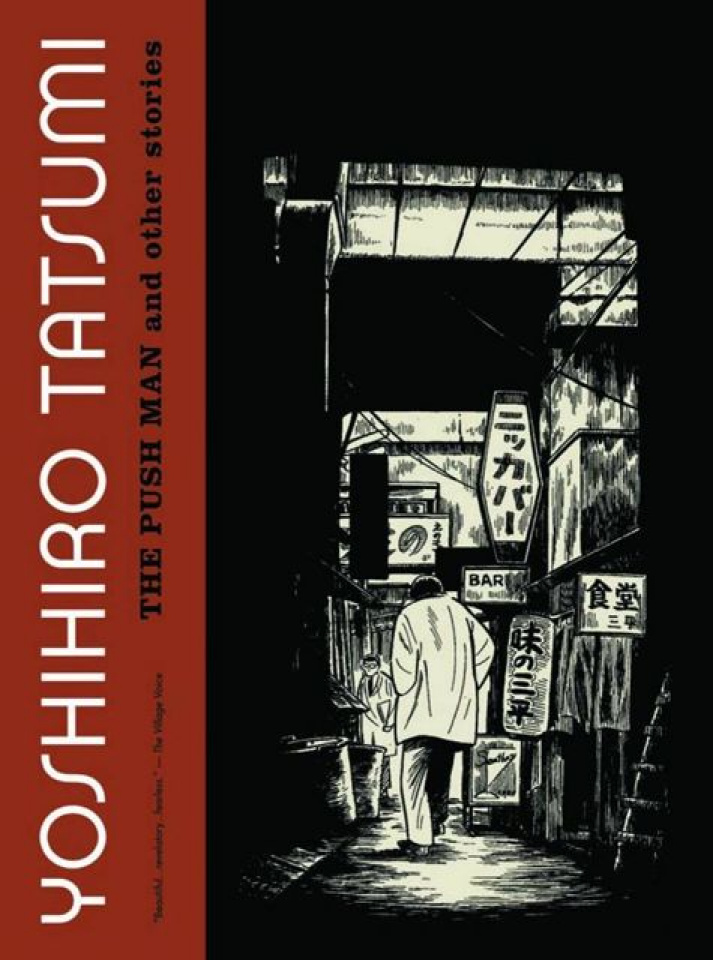