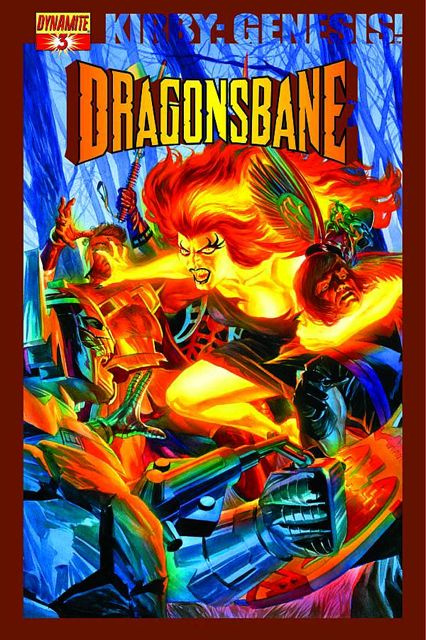 Spinning out of KIRBY: GENESIS, Sigurd Dragonsbane and his band of champions explore the astonishing Mythlands, where the heroes and legends of every cultural tradition now reside. But there's someone terrifying waiting for them in the dark, dank forests of Eastern European folklore...and if she has her way, their journey might end right there! Plus: The mysterious meaning of the Soothsayer's prophecies-revealed!