Deep in the steaming, jungle ruins of The Forgotten City, the gathered forces of the rebellion and representatives from the Under Realm's neutral territories come under attack by the unholy Behemoth. As her most trusted friends and allies begin to fall to the crushing might of Death Queen's most powerful general, the moment for which all have prayed arrives, as the full fury of Lady Death is unleashed in the most savage battle of her life! But the indestructible Behemoth has come prepared, his magical abilities boosted to nearly-omnipotent levels through the stolen blood of the imprisoned sorceress, Satasha. It's a blood-drenched battle which defies all odds, as Lady Death fights to the death for the only thing worth living for: Freedom! Available with a Regular cover by Richard Ortiz, a Sultry cover by Juan Jose Ryp, and Wraparound and a retailer order incentive Art Deco covers by painter Michael Dipascale! 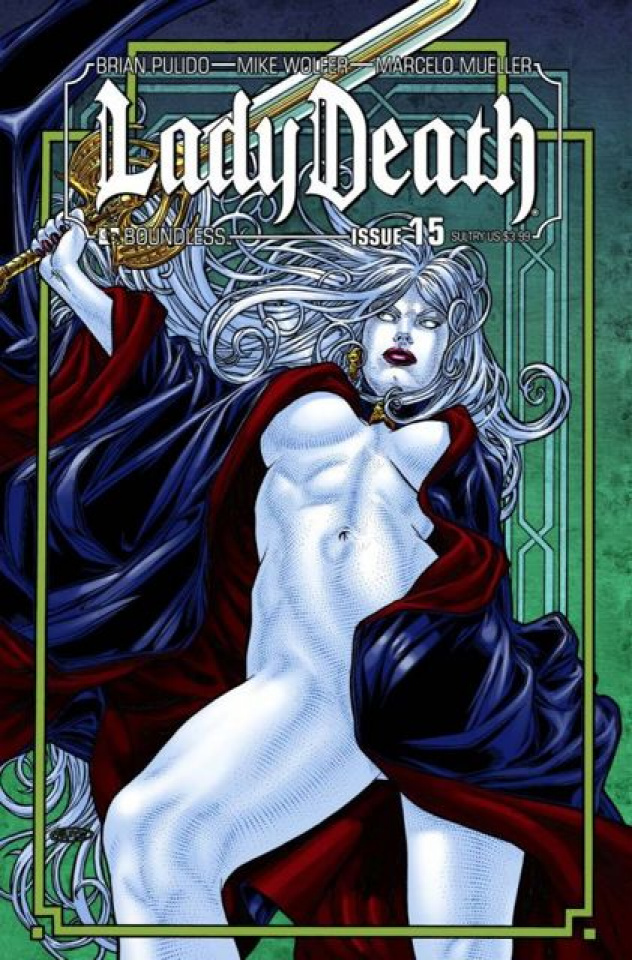