Jurassic Park's got nothing on Nick Edwards astonishing solo debut: one part bande dessinee adventure, one part video-game homage, all parts dinosaur-inspired. Nigel is your average 13-year-old boy from Chipton. He loves reading fantasy/ sci-fi comics and playing video games, listening to heavy metal, and obsessing over his classmate Martha. Oh yeah, and he spends most of his time solving mysteries with his best friend Brian - a dinosaur with twin-mounted laser cannons on his back, naturally. Nigel and Brian are launched into the hunt for The Miracle Bird of Ndundoo: a mythical jewel-excreting creature living deep below the planet's crust. Racing against the clock, the Jurassic duo must beat their nefarious adversaries, Julian and his Evil League of Lizards, to the mysterious ancient prize! 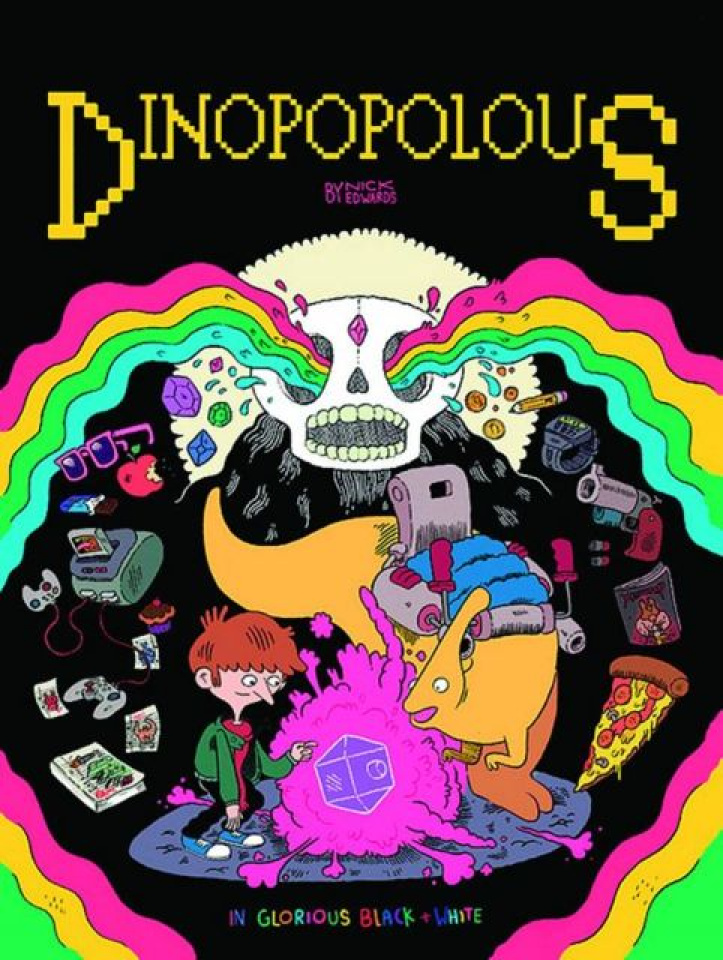