Garth Ennis' shocking tale of the supernatural behind enemy lines continues! Struggling to survive and stay one step ahead of Taliban forces and the horrific creatures they've dubbed 'The Stitched,' six American and British soldiers face certain death in the Afghanistan desert. Through information revealed by a captured combatant, the team begins to learn the mechanics of the shambling, corpse-like terrors which pursue them, but should they save their own skins or fight against the Stitched, who are tearing apart not only soldiers, but innocent civilians? Stitched #4 is available with a Regular cover, Wraparound cover, and Gore cover by series artist Mike Wolfer, and a special Stitched Movie Photo cover retailer incentive cover. 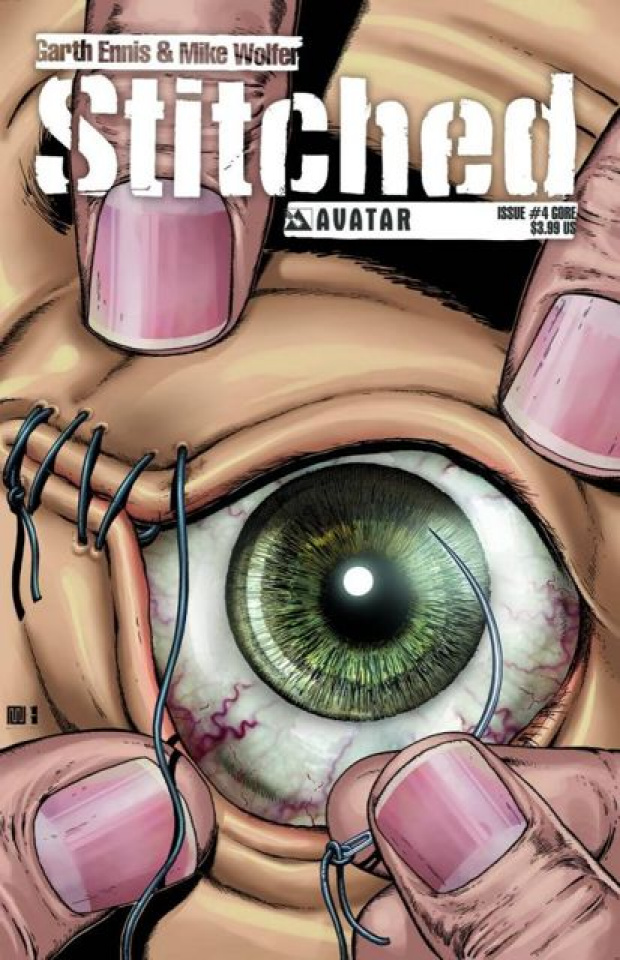