A monster adventure to scream over! Elsa Bloodstone hates monsters - and when the trail of a mysterious serial killer leads to their underground city, Elsa's ready to kick some horrific butt. Morbius the Living Vampire, Werewolf by Night, the Living Mummy and the slithery Manphibian have news for her, though: The monsters are innocent, and the real killer is out there - a creature so terrifying and vicious even monsters are scared to death! And now, Elsa Bloodstone and the Legion of Monsters are on the case! Collecting LEGION OF MONSTERS (2011) #1-4. 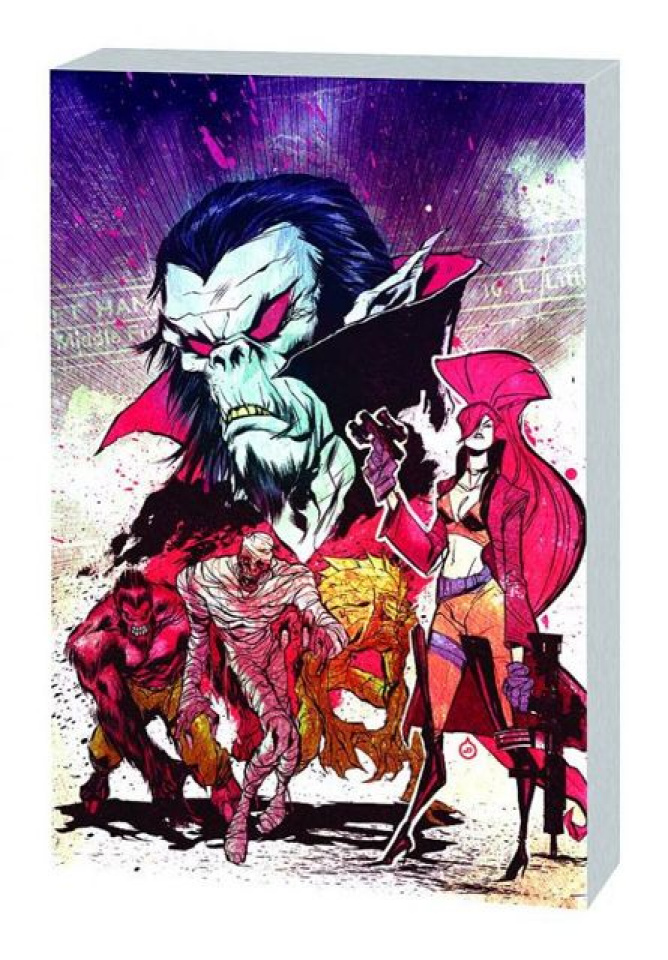