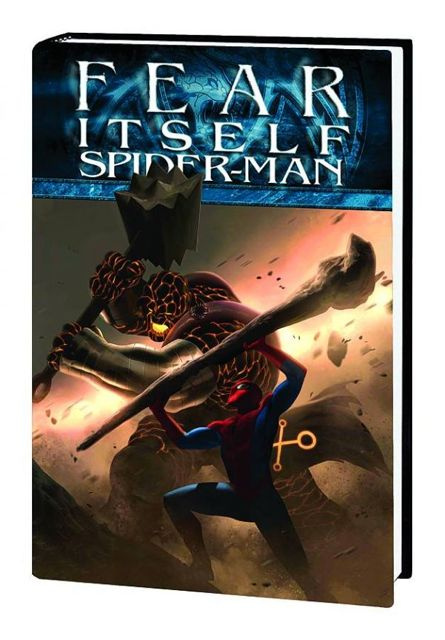 Manhattan is gripped in violent panic. Peter Parker hasn't slept in days. Spider-Man cannot - WILL not - stop if there are people to be saved. But as the opening salvos of FEAR ITSELF take their toll, will Spidey be able to fight his own doubts? Plus: Ben Grimm, one of Marvel's most beloved heroes, is now an avatar of the Serpent, cutting an unstoppable path of destruction through the heart of New York! How did the Serpent's Hammer seduce him? And can he be stopped before he levels the entire city in the name of his dark master? And finally, the secrets of FEAR ITSELF's Hammer-wielders are revealed! Get up to speed on the origins of the Worthy, the foes shattering the Marvel Universe's very core! Collecting FEAR ITSELF SPIDER-MAN #1-3, FEAR ITSELF: FF and FEAR ITSELF: THE WORTHY.