The arrowed Avenger returns! When a stranger lies dead at the Avengers' doorstep, Hawkeye won't let his world be implicated in a grisly murder. But what seems to be a simple killing gives way to a gruesome conspiracy - one Hawkeye can't walk away from - and one that involves--the Trapster?! Jen Van Meter (BLACK CAT)?and Roger Robinson (Batman: Gotham Knights) bring Hawkeye with a vengeance! Plus: Hank Pym and the?students of Avengers Academy leave the school behind for a mystery too fantastic to believe! Collecting?AVENGERS: SOLO #1-5. 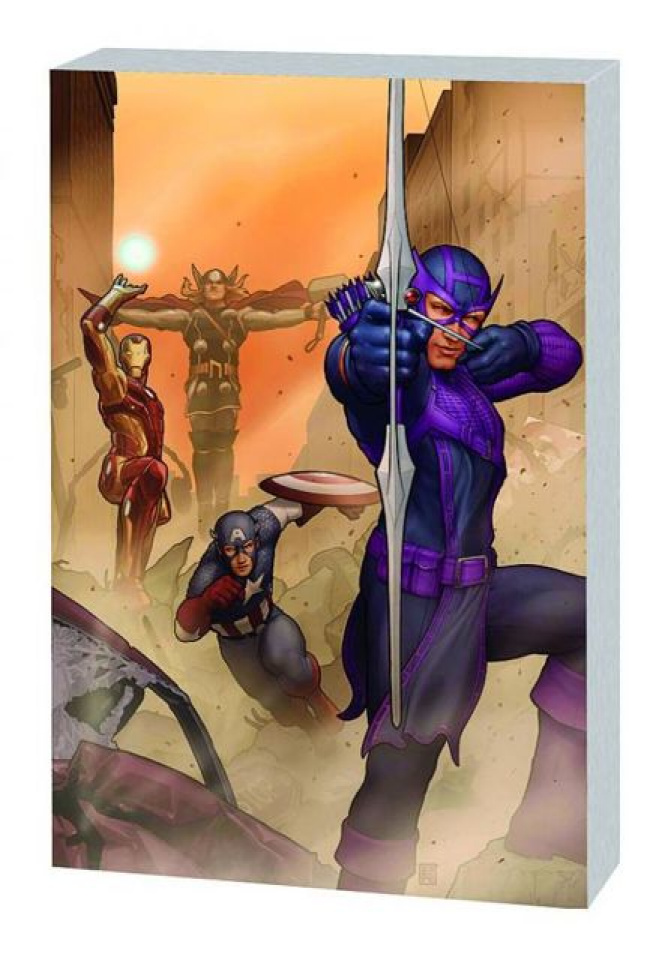