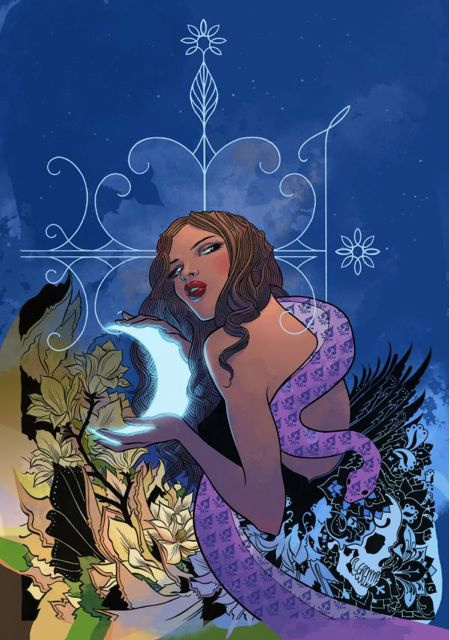 DOMINIQUE LAVEAU: VOODOO CHILD is the story of a half-breed, outcast and heir to the Voodoo Queenship of New Orleans, if she can live long enough to claim her birthright. New Orleans is the most haunted city in America: a town of centuries-old ghosts and newly drowned spirits; where vampires, voodoo spirits and loups-garous make their home. Ruling over this all are the powerful Voodoo Queens, whose influence stretches into politics, business and crime as they maintain a delicate balance between the mortal and supernatural worlds.

But in the aftermath of Katrina, all that has changed, for someone or something has murdered the Voodoo Queen and most of her court. The number one suspect is Dominique Laveau, a grad student at Tulane who is about to discover that her entire life has been a lie. Now Dominique must forge alliances with those out to kill her while seeking to uncover the truth behind the royal murders, as she is ultimately forced to deal with a destiny she could never have imagined. Voodoo Child is a new monthly series written by Selwyn Seyfu Hinds, former editor-in-chief of The Source magazine, award-winning author, journalist and TV producer, with art by Milestone Media co-founder Denys Cowan (THE QUESTION) and covers by Rafael Grampa.