The Fury of Firestorm: The Nuclear Men #7

New co-writer Joe Harris (Ghost Projekt) joins Ethan Van Sciver in this white-hot jumping-on issue! Plus: Van Sciver provides interior art for what's sure to be one of the most talked-about comics of the year! As the fallout from the recent rogue Firestorm attack spreads and threatens to bring down Zither-Tech and the Firestorm Protocols, Ronnie Raymond pursues the Russian Nuclear Man Pozhar on what may well turn out to be a suicide mission. Meanwhile, Jason Rusch is made an offer he can't refuse. Separated in an evolving game of international atomic brinkmanship, each Firestorm faces a world more dangerous than he ever imagined... while one gets a life-altering shock you'll never forget! 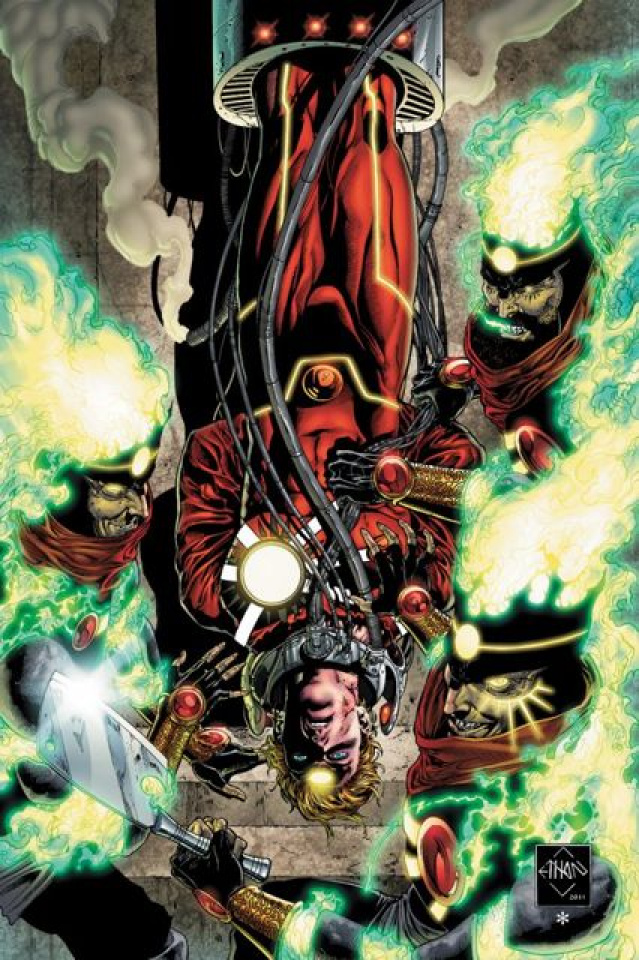