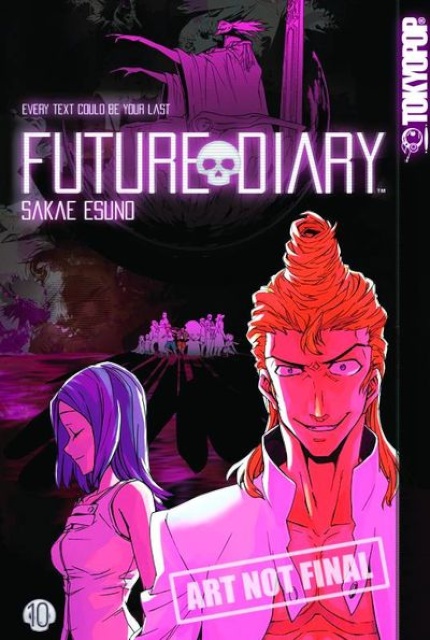 Rating: OT (Older Teen Age 16+) Ninth takes herself out in a bomb blast in a dramatic attempt to kill Eleventh. Yuno finishes the job, leaving Yukiteru with the two diary holders he wants least to kill-his girlfriend Yuno and the benevolent caretaker Eighth. Suddenly, the game gets turned on its head when Yukiteru's ally Aru Akise learns he was nothing more than a creation of Deus meant to observe the players of the game of survival...until Eighth grants Akise his own 'Detective Diary'!